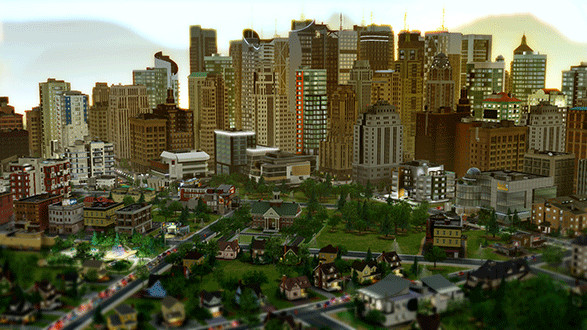 SimCity requires an "always on" Internet connection in order to play, but the game's launch last week was hurt by the fact that developer Maxis and publisher Electronic Arts underestimated the amount of people that would sign onto the servers. That meant many players were unable to play the game. Lately, there have been accusations that much of the game can be played offline through the use of hacks and that only certain features require an Internet connection.

Today, EA Maxis General Manager Lucy Bradshaw posted up a new entry in the official EA blog where she tries to defend the developers' vision of SimCity. In short, she says that this new version of SimCity was designed to be a multiplayer and social experience, including players receiving help and gifts from players in other virtual cities, along with region play, leaderboards and more.

In many ways, we built an MMO. So, could we have built a subset offline mode?  Yes.  But we rejected that idea because it didn’t fit with our vision.  We did not focus on the “single city in isolation” that we have delivered in past SimCities.  We recognize that there are fans – people who love the original SimCity – who want that.  But we’re also hearing from thousands of people who are playing across regions, trading, communicating and loving the Always-Connected functionality.   The SimCity we delivered captures the magic of its heritage but catches up with ever-improving technology.

That statement would seem to be the final word on EA perhaps adding an offline mode to SimCity, even though there is clearly an audience for such a mode, along with evidence that it would not take much in terms of coding to offer players such a mode.