Earlier this month, an update for Chrome Canary introduced a new experimental flag called "Tab Groups Save". It allows users to save tab groups as favorites and quickly launch grouped pages with a single click. Now Microsoft is getting ready to borrow the same feature for its browser with additional improvements.

Spotted by Leopeva64-2, the latest Edge Canary update introduced the ability to pin tab groups. This feature works like pinning tabs, so the browser can open the pinned group the next time you launch it. In addition to keeping the group on the tab strip, Microsoft Edge will "save" the group on the favorites bar, allowing you to restore the group with a single click. The same feature is available in Chrome, but due to its experimental nature and early implementation, Chrome does not preserve groups after shutdown. 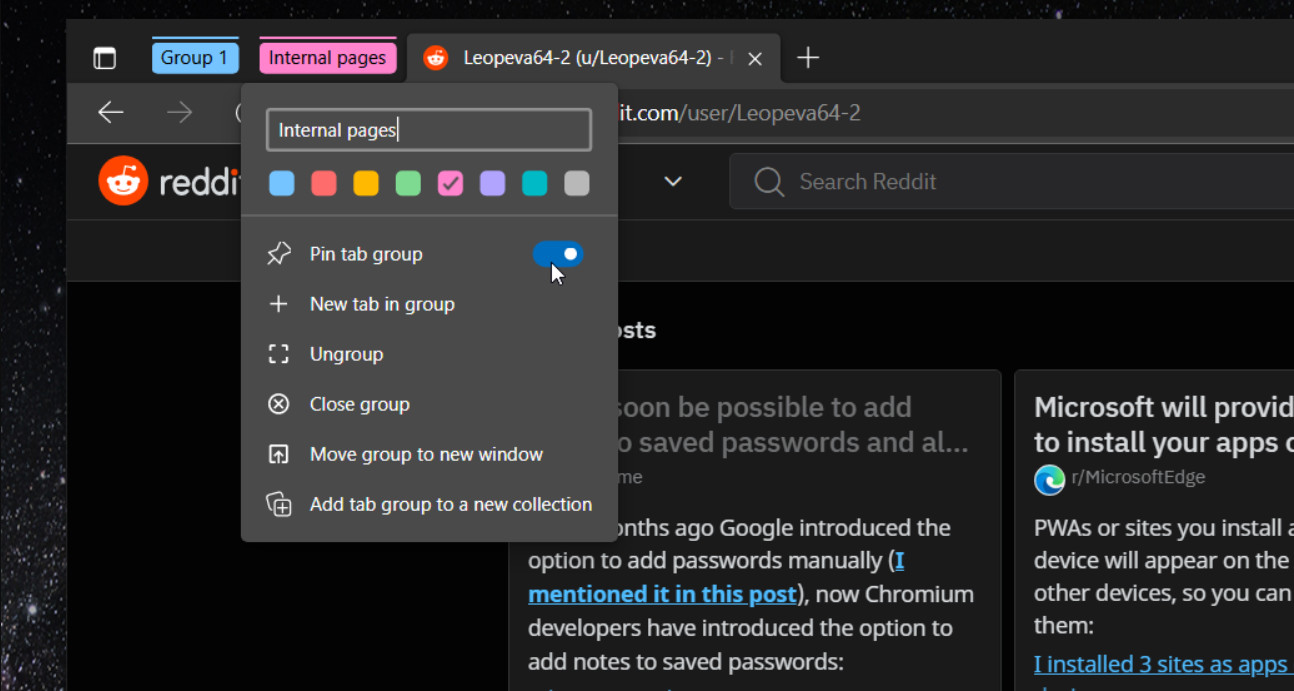 Microsoft appears to be A/B testing improved tab groups in Edge Canary, so only a subset of Edge Insiders can test group pinning. You can check whether your copy of Edge Canary has the feature by right-clicking any tab and selecting "Add page to a new group." After that, the browser should offer you to rename, assign a color, and pin the newly created group.

Better tab grouping is not the only experimental feature Microsoft prepares for the Edge browser. Users recently spotted in Edge Canary a new toggle for enabling or disabling Workspaces, which is similar to the tab groups feature.

Microsoft is hosting a Windows 11-focused event next week, where we expect the company to reveal new features for its operating system and the Edge browser. Perhaps, some of these experimental features would show up during the presentation.