After several leaks surfaced on the internet, the gaming community is buzzing about the alleged Playstation 4 Neo - the mid-life console upgrade to the Playstation 4 console. While Sony hasn't officially confirmed the existence of the console, it seems likely that the upgraded PS4 is destined to launch as soon as this year. Now, many are speculating over whether Microsoft is going to follow suit with an upgraded Xbox One console. While the company certainly has the ability to follow Sony's lead, and very well may, that doesn't mean it should.

Microsoft's head of Xbox, Phil Spencer, spoke out against the idea of upgrading the Xbox One with marginal component improvements so soon. If the leaked specs of the PS4 Neo are true, that's exactly what Sony's upgrade console will be: a marginal improvement over the existing PS4. Spencer says he wants a full-fledged successor to the Xbox One - one that would be a significant upgrade over the Xbox One. This is what Xbox One owners should also want. Not because releasing a better Xbox One would be a total failure but because Microsoft now has an opportunity to slingshot ahead of both Sony and Nintendo in sales and technology.

While Spencer isn't for a mid-life upgrade of the existing Xbox One hardware, he is for superseding it entirely. Spencer has commented on how he believes Xbox hardware could be improved mid-life instead of waiting 7-8 years for the next console to come along. That would be achieved through a mod-able game console, which would be a game changer for home consoles right now. This is where Xbox could stand out from the likes of Sony and Nintendo - by giving itself a full year or two to develop a true Xbox One successor that isn't bound to static hardware.

A modular Xbox console would likely be inspired by other products from the past. Perhaps the best inspiration would be derived from Razer's Project Christine, which allows for high-end PCs to be built by people with absolutely no idea how to build a PC. Borrowing from this concept, Microsoft can build its next Xbox with removable hardware - much like the hard drive on the Xbox 360, and allow customers to replace their base hardware set with a better, slot-loading hardware set that offers an immediate performance boost. Some are hesitant about this approach because they feel it removes the benefits of console gaming and we should all just go to PC gaming, but that's not necessarily the case.

The Xbox One runs on a restricted version of Windows 10. Microsoft has full control of what gets added onto the console and what doesn't. Just because they might allow things like universal apps to be published onto Xbox doesn't mean 100% of them necessarily will. This allows for a "curated" experience - one that enables games to perform better on an Xbox console than they would on a full Windows 10 PC. Furthermore, what's so bad about drawing inspiration from the PC model? Just because consoles have become more similar to PCs doesn't displace the benefits of a console. 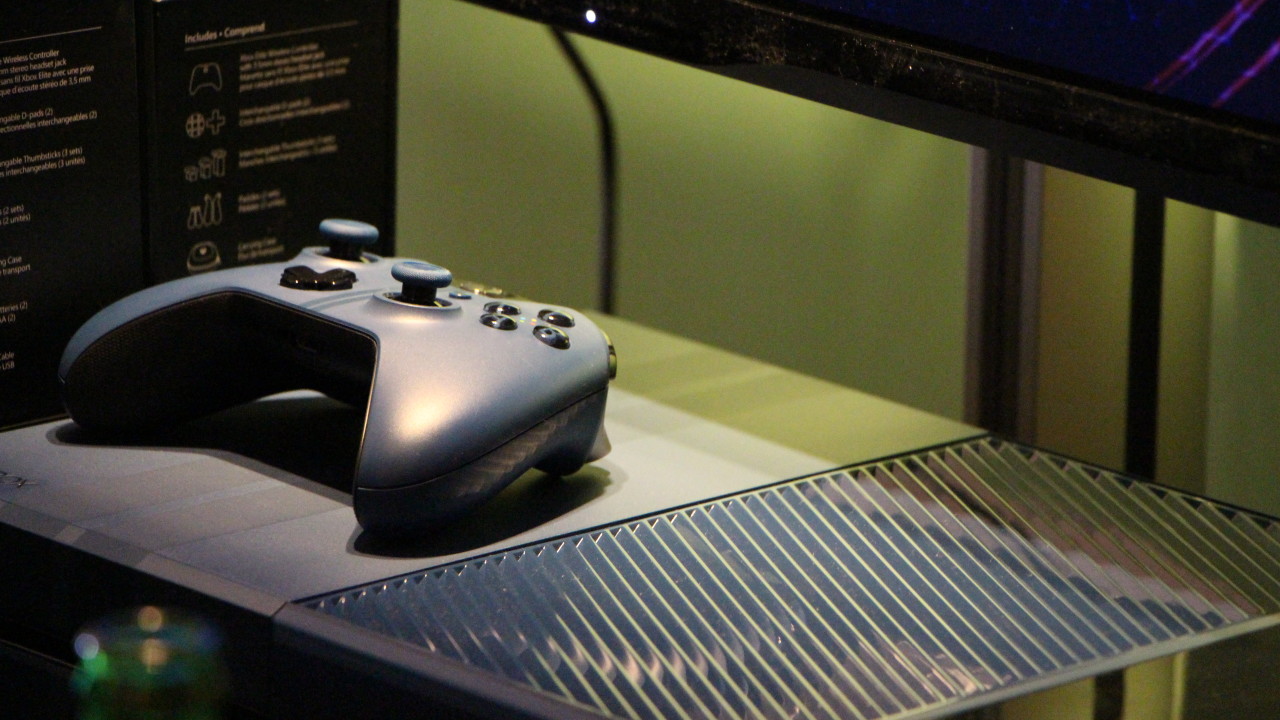 Then there's the hardware variations. There's many that would say having more than one version of a specific Xbox is going to hurt a studio's ability to get the most out of their games. At the very least, this is not likely. Keep in mind that games like Star Citizen, World of Warcraft, Guild Wars and more exist on the PC and have to account for numerous hardware configurations and driver-sets that could potentially destabilize a game. A studio that can build and optimize a game on one set of hardware can do it on two or three and still achieve a great product out the door. Even if there were a small drop in overall software efficiency for games because of multiple Xbox consoles, you still have headroom down the line as another round of Xbox hardware upgrades get released.

Lastly, there's the worry that certain games won't work on a lesser Xbox. That could be an issue from time to time, but that's not necessarily the case. For games like Quantum Break, Battlefield and Call of Duty, you're really just tailoring things like visual detail and player counts as a specific hardware set allows but never excluding those games from any version of the console. Your high-end Xbox might allow for the next Battlefield game to run a game with 96 real players, whereas your low-end Xbox caps at 32 players for the sake of smoothness. If there's a game that's too big and resource-hungry for a lesser Xbox, it's possible that it would have never launched on that console anyway - no loss there.

Assuming this all came to pass, a modular Xbox is something that neither Sony nor Nintendo would be able to match for quite some time as both companies would have theoretically launched new consoles a year or so before this new version of Xbox released. A move by Sony or Nintendo to match Microsoft on short-notice could be troublesome as fans might have just purchased the NX or Neo consoles when something bigger and better comes along. That's not something that is usually met with enthusiasm. 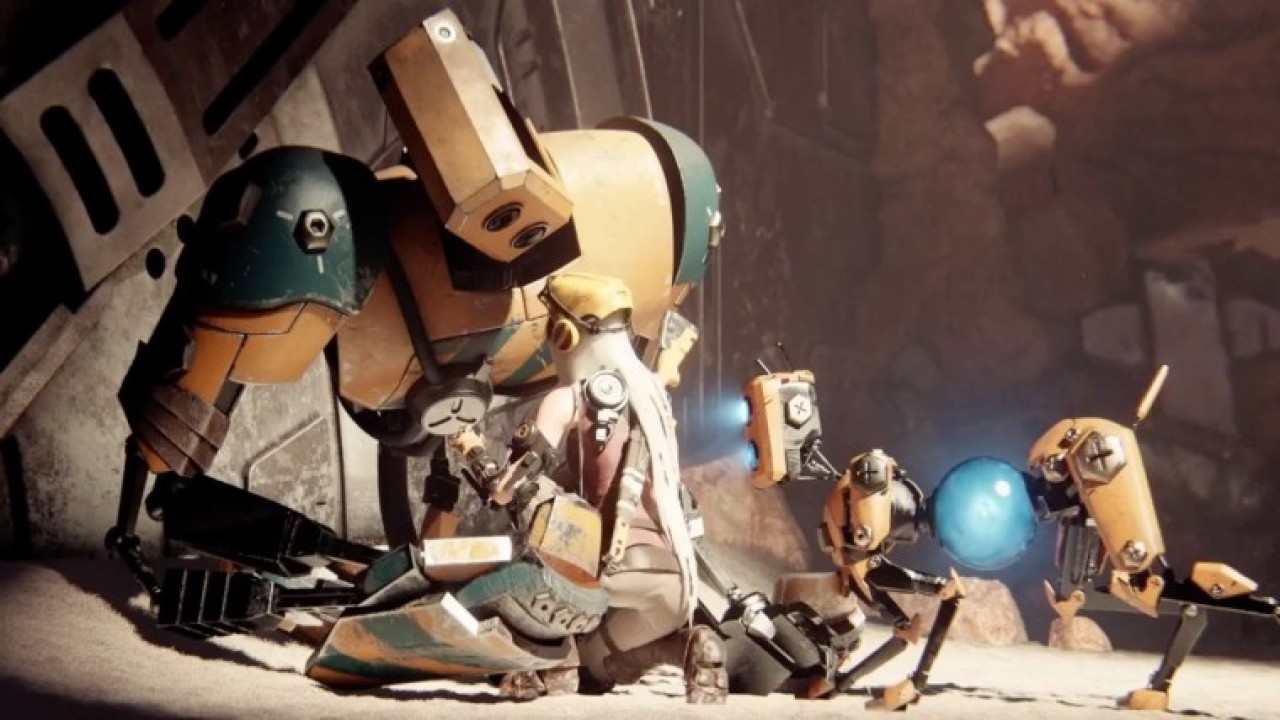 There's another angle that Microsoft needs to be considering when thinking about a refreshed console: why does it need one? Nintendo is readying a new console to replace the slumping & aging Wii-U and Sony needs a Playstation console that can deliver a satisfying VR experience, meaning both companies have an actual need for a new console. Microsoft doesn't. The Xbox One launched in 2013 and its augmented reality HoloLens headset doesn't require the Xbox One to be any more powerful as HoloLens wasn't created for games specifically. The Xbox One might not have the power gamers would like to experience the vast and beautiful game worlds that are emerging on PC (Star Citizen is a good example), but it has good games and enough power to be relevant for at least another year or so before any ceiling is truly hit.

Following the alleged PS4 Neo console would be a mistake for Microsoft. The company achieved incredible success with the Xbox 360 and it can recapture that success in a new Xbox console if the Xbox team works on its own timetable. Working on the timetable set forth by Microsoft's console competitors is a great way to limit creativity and innovation, encouraging the company to settle when it could path the way forward. A unique, powerful Xbox One successor that only gets more powerful through designed hardware improvements is a brilliant idea. Add to that the potential of having no direct competitor in the same space for years and Microsoft could have a big winner on its hands.

If Microsoft is willing to play the waiting game, late 2017 or 2018 could be rich with opportunity. I'm sure the Xbox faithful wouldn't mind waiting a couple years after Sony and Nintendo put out their newer consoles if it means Microsoft gets to release a game-changing product.