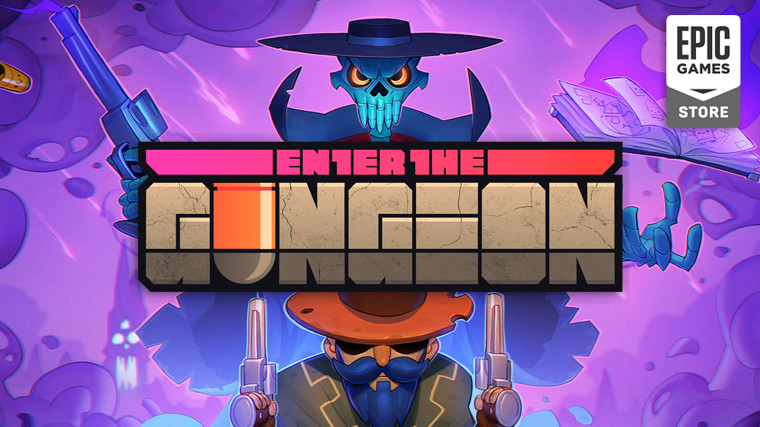 It's the last day of Epic's Mega Sale, and today Epic has put forth Enter the Gungeon for its weekly giveaway, replacing Kingdom: New Lands. Indeed, weekly, as Epic has now decided to convert this formerly bi-weekly giveaway streak into weekly, for the entirety of 2019.

A bullet-hell shooter with rogue-like elements, Enter the Gungeon was originally released in April of 2017, developed by Dodge Roll. It is often compared with The Binding of Isaac due to its gameplay similarities. It also features a two-player local-only co-op mode.

Enter the Gungeon was received positively by gamers and critics alike, selling over 200,000 copies across all platforms within the launch week; by March this year, it had sold over 2 million copies. Here's how the Epic Games Store describes the title:

Epic Games Store is offering the title at no cost for players on Windows and macOS. It's worth noting, however, that the game is also available on Linux via Steam, where it is currently priced at $14.99. Also available on Steam is the game's Collector's Edition, containing its soundtrack, a digital comic, and the microtransaction gun that humorously adds a pay-to-win element to the game.
Here are the minimum requirements for the game:

If you wish to claim Enter the Gungeon, here’s its store page. It will be free to claim until June 20, which is when Epic will put on offer Rebel Galaxy for its next giveaway.