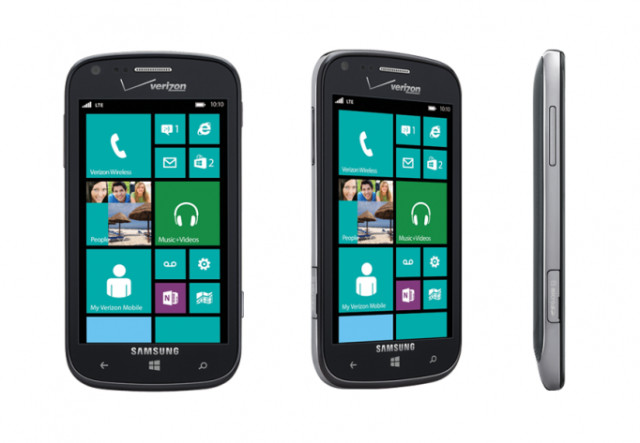 After a couple of leaks over the past few months, the Samsung ATIV Odyssey has finally been announced shortly before CES 2013 kicks off in Las Vegas, bringing an entry-level Windows Phone 8 device to Verizon. The specifications of the device are as expected, including a 4.0-inch 800 x 480 Super AMOLED display, 1.5 GHz dual-core Snapdragon S4 chipset, 1 GB of RAM, a 5-megapixel camera, 2100 mAh battery and 8 GB of on-board storage plus a microSD card slot.

While the device is naturally designed for Verizon's CDMA network, it is also a "Global Ready" device, meaning it will also work in more than 220 countries thanks to an additional GSM radio. The device will be coming to Verizon in the coming weeks, but we're not exactly sure of the price because Samsung declined to announce it.