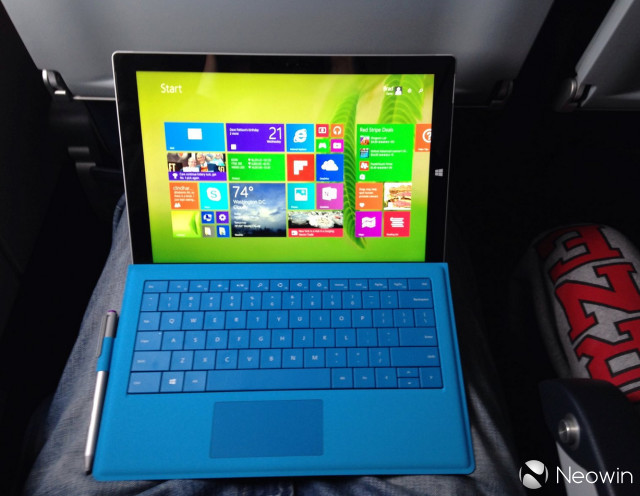 Microsoft started taking pre-orders for all five Surface Pro 3 models earlier this week, but until now the company has only given very basic information on the tablets' Intel Core processors. Now ZDNet has received information from Microsoft about the specific Intel Core chips, and their clock speeds, for each of the Surface Pro 3 devices.

The cheapest Surface Pro 3, priced at $799, won't start shipping until August 31st. ZDNet says it has an Intel Core i3-4020Y processor, running at 1.5 GHz, and an Intel HD4200 graphics chip. The tablet with this processor will have 4GB of RAM and 64GB of storage.

The two most expensive models in the family will have the Intel Core i7-4650U processor, with a clock speed of 1.7 GHz and a turbo boost speed of 3.3 GHz. Both also have an Intel HD5000 graphics chip. The Surface Pro 3 tablets with the Core i7 processor have 8GB of RAM. One has 256GB of storage and a price of $1,549, while the other has 512 GB of storage for $1,949. Again, both tablets won't start shipping until August 31st.

ZDNet also reports that the $799 Surface Pro 3 can be hooked up to two 1920x1200 external monitors, while the other four tablets can support running two 2880x1800 displays.