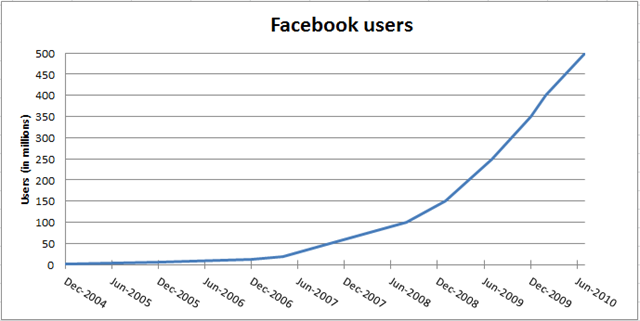 Facebook announced today that is has surpassed 500 million active users worldwide on its site. That is half a billion users on a single website.

The social network started in 2004 as a way for people in Harvard to connect with one another. Within a year of it's initial release, Facebook grew to over one million active users.

To help celebrate Facebook reaching half a billion users, Mark Zuckerberg, co-founder, CEO & president of Facebook, is launching Facebook Stories. The idea behind this new application is for users to share their success stories with the rest of the world, including one success story of a mother in Pheonix who read a friend's status message telling her to check for breast cancer, who was diagnosed in time to treat the disease.

In light of all of this, Facebook announced recently that a movie will be releasing soon, titled “The Social Network.” The movie will star Jesse Eisenberg as Zuckerberg, and will follow his life from through Harvard and how he created Facebook.