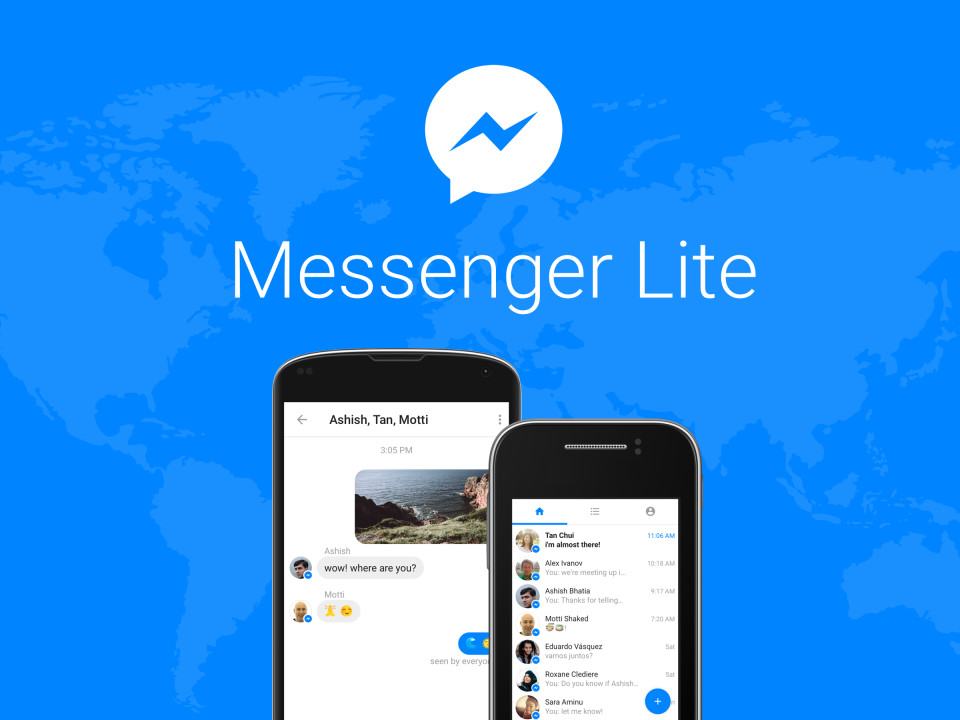 Facebook’s Messenger is one of the most popular chatting apps out there, but the company is looking to improve its reach even further. Facebook has announced the launch of Messenger Lite, a smaller, faster version of its platform, designed for developing markets and low-end phones.

For years now, Facebook has been building on top of its success with Messenger by transforming what was once a simple chatting app, into an actual platform on top of which other developers can add services. Facebook itself has also been continuously adding features to its products, making the app more and more resource-hungry. But that can be a real hindrance when your smartphone doesn’t have the storage, bandwidth or processing power to deal with all of those features.

That’s why as of today, users in developing markets like Kenya, Tunisia, Malaysia, Sri Lanka and Venezuela can take advantage of the new Messenger Lite app. The new application features the same basic functions as the full-fledged platform: messaging, sending photos and links and even stickers. Many of the more advanced features are missing however, creating a lower-end, faster version of the app. Facebook says Messenger Lite is not only faster to install and use, but is also smaller in terms of actual storage, coming in at just 10 MB.

All in all this is an attractive option for those with low-end phones or storage, though we don’t doubt many “regular” users would benefit from using Messenger Lite as well. Luckily, availibility is set to be expanded in the coming months.