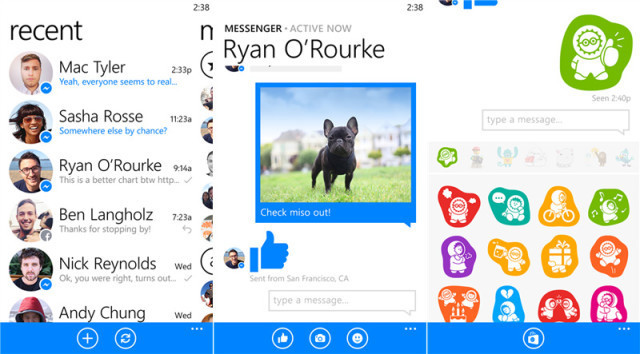 Facebook Messenger has been finally launched for Windows Phone 8 after nearly two years since it was first introduced for Android and iOS devices.

Microsoft announced during a keynote at the Mobile World Congress 2014 that Facebook would be launching the Messenger app in the coming weeks and now the app has indeed landed on the Windows Phone app store well within that time.

Facebook Messenger for Windows Phone has all the features that are included in the Android and iOS versions of the app such as stickers, group conversations, location sharing, message delivery confirmation, online status of contacts, synchronized chat history and ability to turn off or mute notifications.

It was recently reported that Facebook would discontinue the desktop Messaging client for Windows and focus on mobile applications such as the one for Windows Phone and the recently acquired WhatsApp.