Facebook has debuted its new weapon in the fight against fake news. The third-party fact-checking tool will alert users to what the site considers "disputed" content. 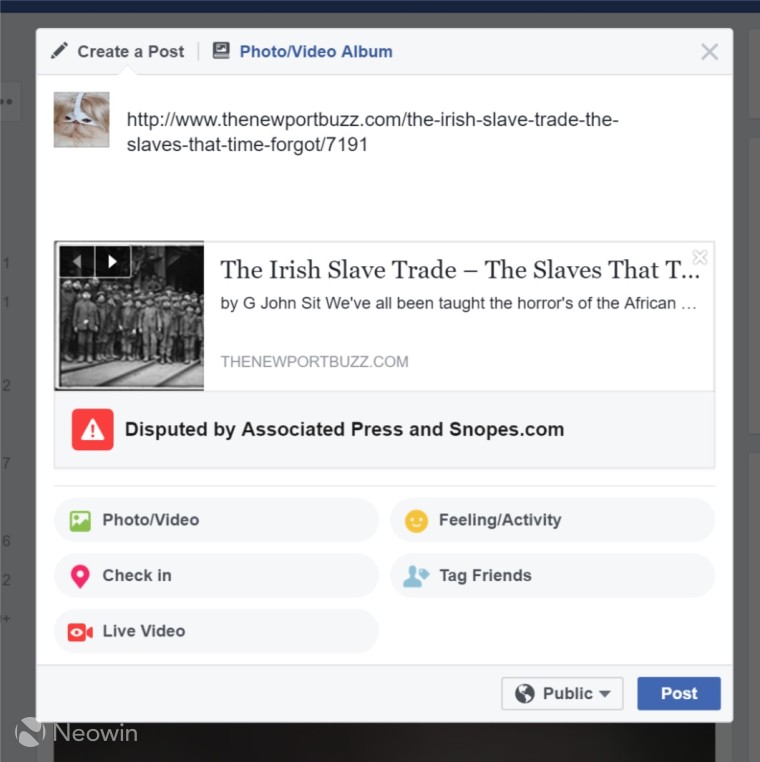 users sharing a story from entertainment blog Newport Buzz which falsely claimed hundreds of thousands of Irish people were brought to the US as part of a slave trade. The story was widely circulated on Facebook leading up to St. Patrick's Day on March 17.

Attempting to share the story presents users with a red alert stating the article has been disputed by both Snopes.com and The Associated Press. Clicking the alert presents users with more information on why the story was flagged and links to the sources disputing it. It explains only fact-checkers signed up to Poynter's non-partisan code of principles are shown.

Users may still post the disputed content, but clicking "publish" results in another pop-up that reiterates that the content's accuracy was disputed. Additionally, if users still choose to publish the content, it will be flagged on others' timelines as "disputed."

Facebook first announced its commitment to cracking down on misinformation on its platform last December. CEO Mark Zuckerberg stated on his personal profile that he felt Facebook was "a new kind of platform for public discourse" and thus has a responsibility to "build a space where people can be informed."