It's undoubtable that you would've seen news of Facebook's new profiles this morning. Timeline, a overhaul of the way the social network does your personal page is coming soon. As the feature rolls out to users, we managed to get onboard on the developer preview, and are extremely impressed with what's coming for all soon. We took a quick look at the big changes, and how they effect you. 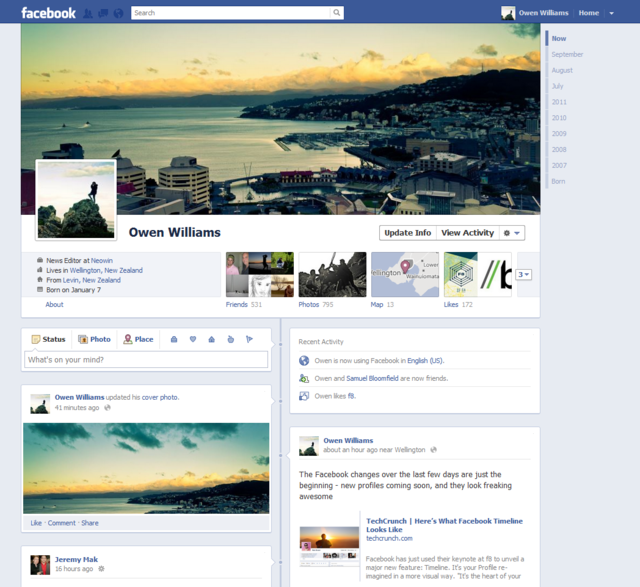 As part of this change, Facebook now includes a focus on "life events" and allows you to add things ​anywhere on your profile. For example, if you broke your leg last week, but couldn't update your Facebook to tell everyone, you can now add a status (or "life event" post about it) in the past. 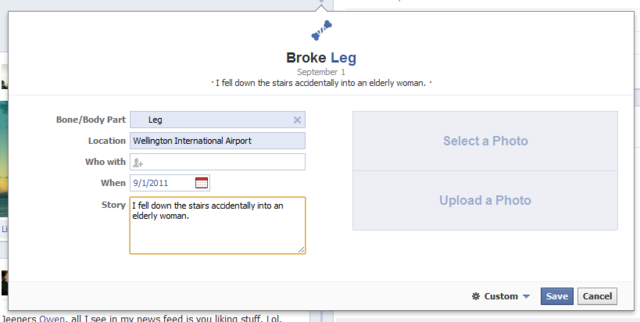 The feature caters for various things that can occur in your life, and wants as much detail as it can get about what happened.

For example, if I had broken my leg, Facebook wants to know; What I broke, where I did it, who I was with, what day, the story... and a photo. I really didn't want to upload a photo of a broken leg, so passed on that step. Once filled out, Timeline adds the post to the date you chose on your profile page, rather than the start of your feed. 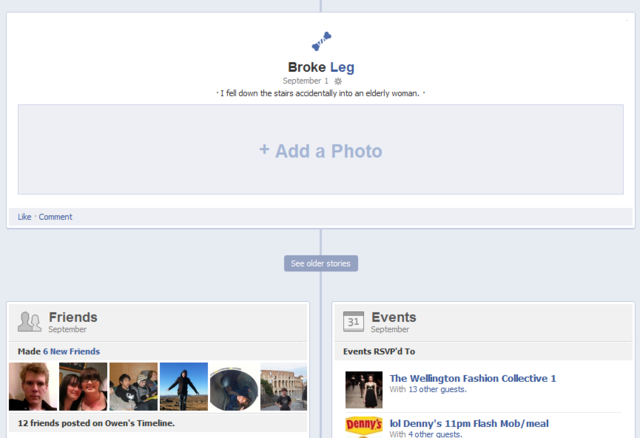 There are tons of options already preconfigured by your new status update box, and if you don't fit into an event that Facebook thinks is going to happen, you can add your own. 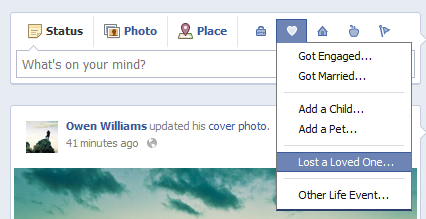 It's also now possible to add any event, at any point in time. I could add a status back a year ago, if I forgot about something really important then and felt like it should be written down. You can also "feature" a post on the page, which makes it take up the width of both columns and emphasizes the text.

Additionally, you can even stalk yourself now, with Facebook featuring an "activity log" of what actions have been performed using your account. This feature is actually really useful, especially if you might have used Facebook after going out drinking in the weekend. 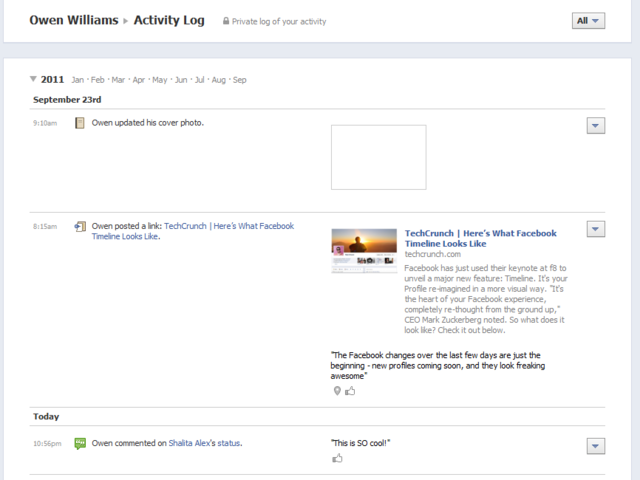 Finally, you can now quick jump to any point in your life by using the "quick jump buttons" on the right. 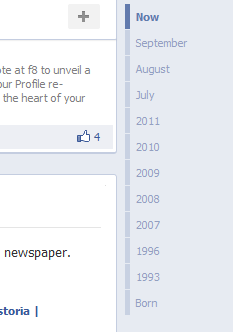 After playing with the features for a few hours, I'm in love. This is the single best update Facebook has ever deployed to its site, and is by far the most visually pleasing the company has ever deployed. Will this be the first time users don't complain that things have changed? Unlikely. But as the Timeline rolls out, and more users get onboard it'll be interesting to see if it's new features get fully utilized.

Timeline will be available for all soon, and once you get it, its worth remembering that a lot of the timeline functionality isn't compatible with the "old" Facebook, so users stuck on that version of Facebook won't see your fancy new page just yet. Users will be forcefully migrated over the coming months, and there is no opt out.

More information can be viewed about Facebook timeline here.