Falcon Northwest is well known among PC hardware enthusiasts for creating some powerful desktops, especially for the hardcore PC gaming crowd, in a variety of form factors. Today, Falcon Northwest has announced its latest model, the Tiki, which it claims is the "world's most powerful micro-tower" desktop form factor.

In its reveal today, the company said:

For Falcon's 20th anniversary, we wanted to create a PC unlike anything the world had ever seen.  We wanted it to be a showcase of the recent breakthroughs in speed and power efficiency the latest CPUs and graphics cards have made. We wanted to destroy the notion that powerful PCs had to be giant, hulking towers.  We wanted to reduce the size of the system to its absolute minimum, while still handling the fastest desktop components.

You can check out how small the Tiki case is with the image below (no, it don't come with a free Coke; it's there for a size comparison). Despite its tiny size, it has some cool features like a slot loading disc drive, an internal 450 watt power supply, an Intel Ivy Bridge-based i7 Core processor, an NVIDIA GeForce 600 Series graphics card, support for up to 16 GB of memory and more.

Falcon Northwest also has a unique solution for keeping the Tiki upright, despite its small size. It states, "Every Tiki includes an optional natural granite stone base that provides stability and gives your system an undeniably high-end look." 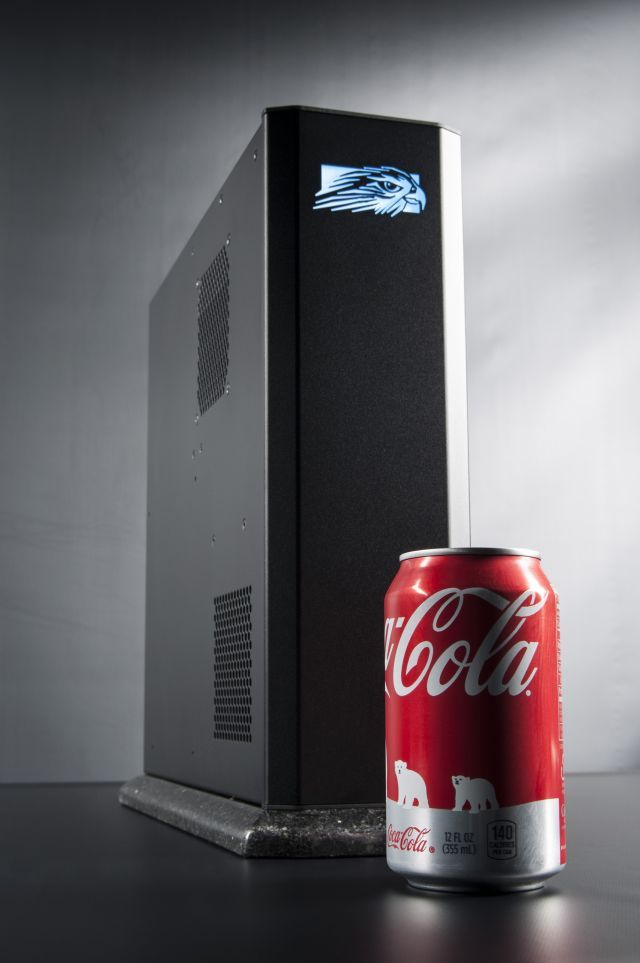