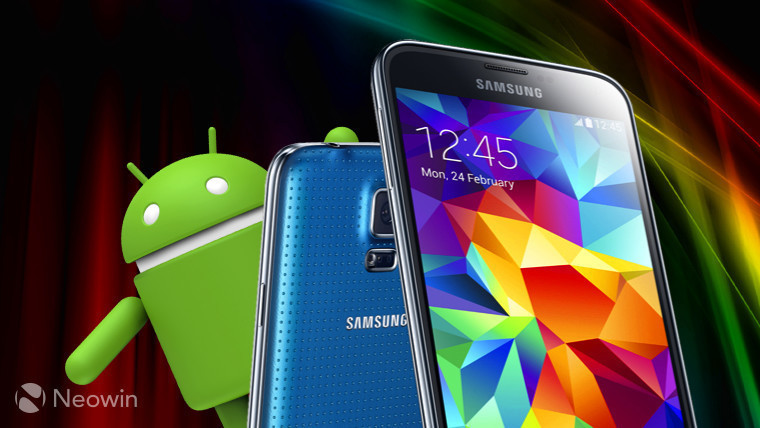 Despite being announced almost two weeks ago, Samsung has only now begun the rollout of the February security patch, based on Marshmallow, to Galaxy S6 handsets in India. SamMobile reports that Firmware version G920IDVS3EQB2 weighing in at just over 134MB is being pushed over-the-air and its changelog mentions device stability improvements, bug fixes and further improvements for performance.

Samsung detailed its plans for the February security patch rollout earlier this month. It brings fixes for dozens of vulnerabilities identified by Google in Android, as well as fixes for vulnerabilities exclusive to Samsung’s own software. The company has been gradually rolling out this security patch for supported devices over the past few weeks. 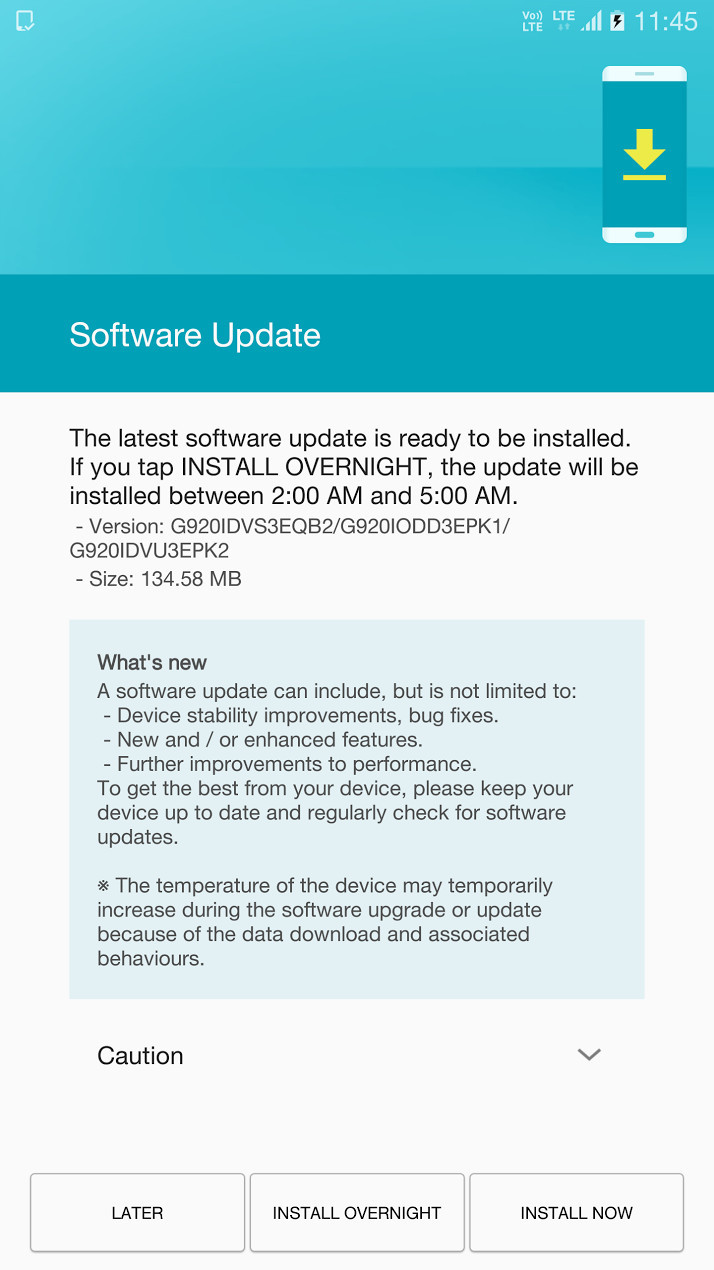 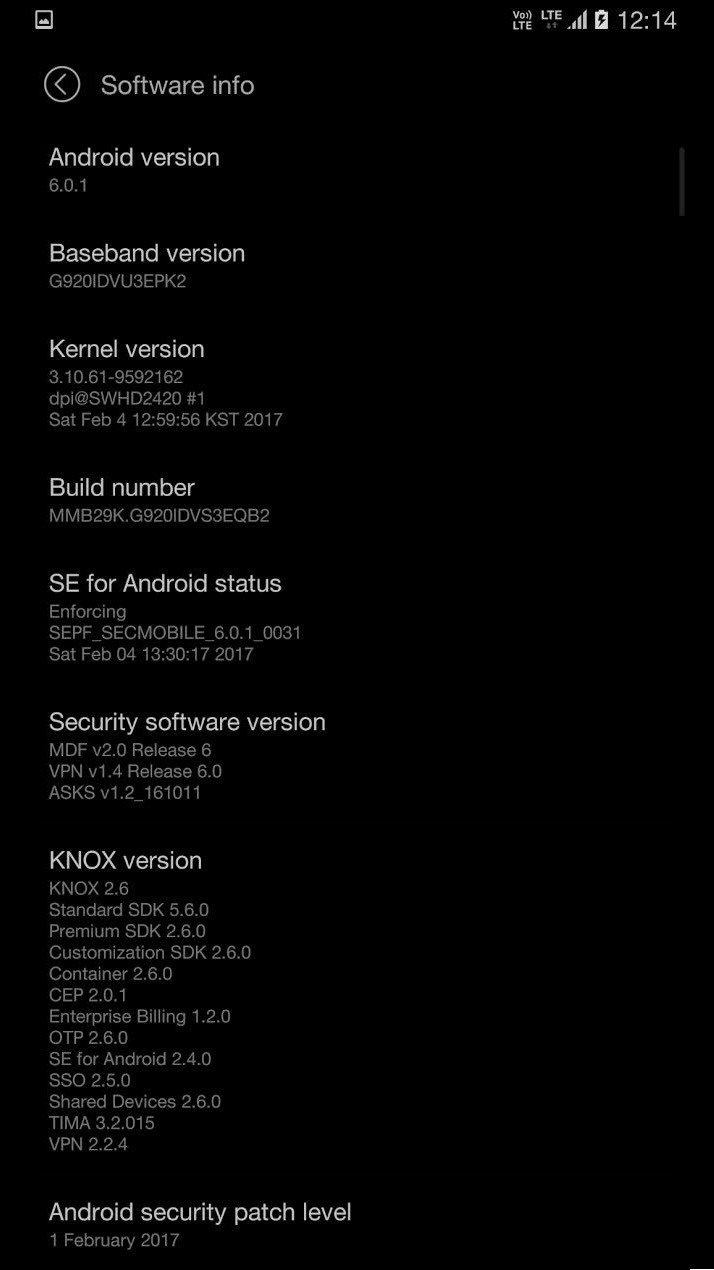 Galaxy S6 users in India can now expect an over-the-air update notification which lets them know that they have a new update to download and install. Users in other regions should also start to see the February security patch show up on their S6 devices very soon.

In other S6 related news, despite a claim coming directly from Samsung's Turkish vice president that Nougat will land on S6 devices before the end of February, it has yet to show up, with only a week to go.