Google's latest official data shows that - after nine months of availability - Android 6.0 Marshmallow, the latest version of its OS, is now installed on 13.3% of active Android devices. Of course, that still leaves hundreds of millions of devices still in use running various older versions - and for companies developing software that runs on Android, it's a never-ending headache to ensure app compatibility and stability for all of the devices out there.

The issue of Android fragmentation has evidently become a serious concern for customer relationship management (CRM) specialist Salesforce, and as Recode reports, the company has apparently decided that it's had enough.

On its support site, Salesforce has published details of changes that it will make in an update to its Salesforce1 app later this year. With the "Winter '17" release of the app - which is "currently targeted for October 2016" - the company will discontinue support for a number of iOS devices: the iPhone 5, 5c, iPad mini 2, iPad mini 3 and iPad 4. 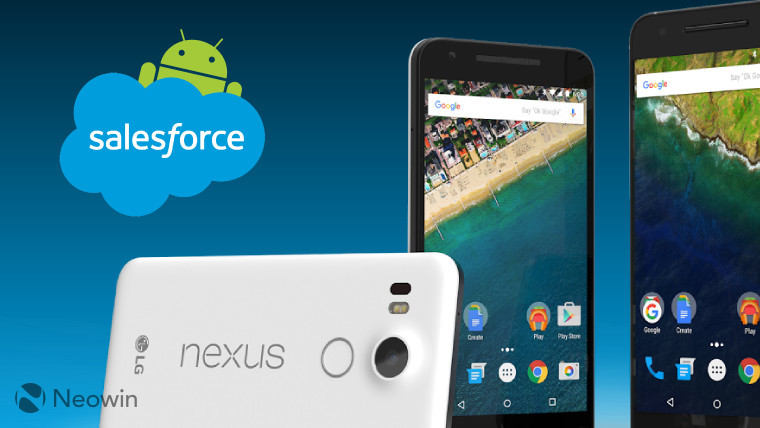 But the changes that it's introducing on the Android front are far more severe. Salesforce is dropping support for every single Android device except for those listed below:

The company went on to explain:

Due to the wide array of available Android devices, we are targeting our support to a select number of Android devices to continue improving our overall Salesforce1 for Android user experience.

Those using other devices "will still be able to install the next major release of the downloadable app", the company says, but it "will no longer provide technical support, bug fixes, or enhancements for Salesforce1 issues that arise on... unsupported devices."