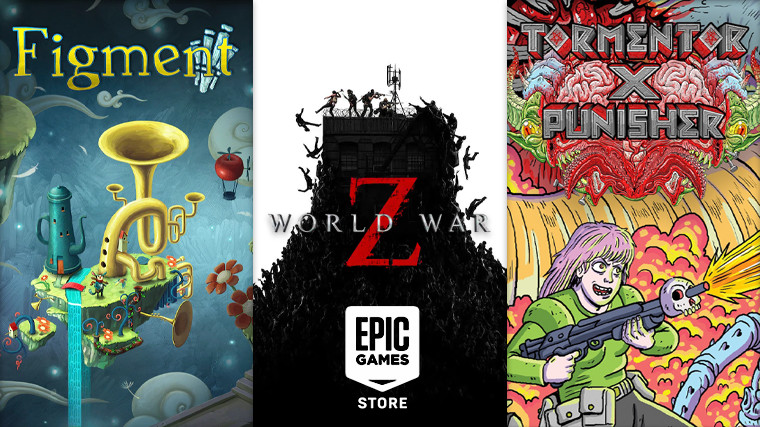 It's a big day for Epic as it reveals its foray into the publishing business today, with a surprise announcement. Surprises don't end there though; Epic Games Store has put on offer to claim for free Figment, Tormentor x Punisher, and – with a surprise – World War Z, taking the place of Watch Dogs and The Stanley Parable.

An action adventure title with an isomorphic view and a unique art style, Figment takes players through a strange world with a musical. Here’s how the Epic Games Store describes it:

Figment is an action-adventure game that invites you to explore a unique surreal universe filled with music, humor and multi layered narrative.

World War Z is a game set in the same universe as the 2013 movie, based on the 2006 apocalyptic novel of the same name. It's technically notable for its ability to render massive zombie hordes without performance hiccups. Here's how the Epic Games Store describes the title:

Tormentor x Punisher lets you kill everything in one hit – including yourself. This leads to some interesting creativity with level design and gunplay. Here’s how the Epic Games Store describes it:

Everything in Tormentor❌Punisher can be killed in one hit, from bosses to yourself. Bosses conjure traps to make the arena hellish. Demons adjust to your play style and punish you. Perform combos on enemies and gain cool upgrades. Reload your machine gun by firing your shotgun. Let's do this!

If you wish to claim Figment, World War Z, or Tormentor x Punisher, you can find them here. They will be free to claim until April 2, which is when Epic will put on offer Gone Home and Hob for its next giveaway.