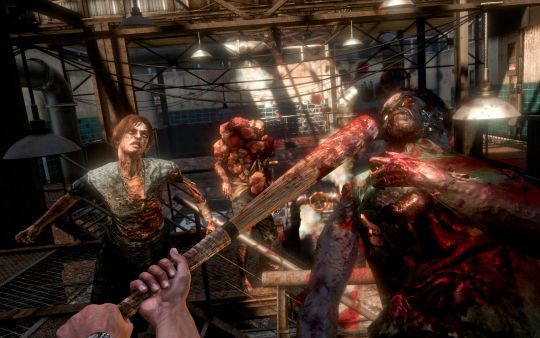 A few months after the spectacular CGI trailer for Dead Island was released, the first in-game video footage from the upcoming zombie action game has been released. The trailer, which can be seen below, is actually a teaser to a much longer video that will make its debut at E3 in June.

While not nearly as memorable as that first trailer, which showed a zombie attack on a family in reverse, the first in-game footage from Dead Island is still pretty solid. It shows zombie roaming around the island resort that is under attack by the undead. The game's developer Techland has been working on Dead Island for the past few years (it was first announced in 2007) but it kept most of its development a secret until the CGI trailer was released last February. That trailer went viral and got a ton of attention even from outside the game industry. Techland also has another game in the works, the first person shooter Call of Juarez: The Cartel, that's currently scheduled to come out this June via publisher Ubisoft.

The game itself will feature players trying to fight off the zombie incursion in an open world setting. There are hints that there will be more than one class of zombies that you will have to deal with in the game. There will also be support for up to four players in co-op mode. Publisher Deep Silver plans to release Dead Island for the PC, Xbox 360 and PS3 game platforms sometime this fall.