A photograph of what is allegedly the rumored Samsung Galaxy F, a premium edition of the company's S5 flagship device, has been leaked. Details of the phone have been circulating for some time, including other alleged photos of the handset, but this is the first time that a 'live' shot of the handset has been seen. 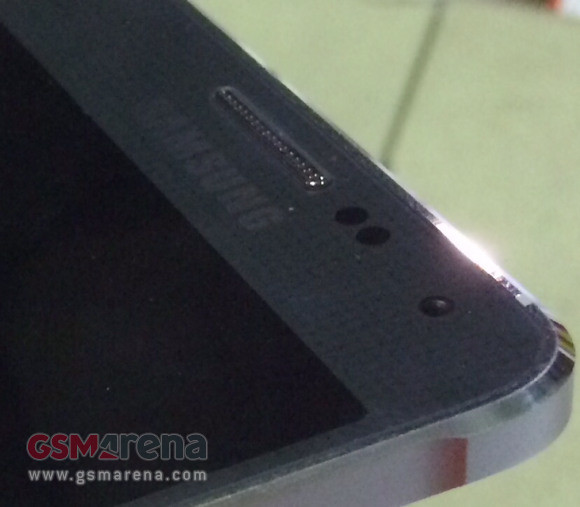 The image, given to GSMArena, clearly shows the phone's metal frame and super-slim display bezel that will set it apart from the standard S5. It is expected to have an aluminum frame that is covered in a removable plastic polycarbonate cover, similar to the setup used on the Nokia Lumia 930.

Other specifications are expected to be much the same as the Galaxy S5 with a QHD display, although an upgraded Snapdragon 805 chipset should make an appearance. Samsung has already used this processor on an upgraded S5, the LTE-A version, but this is available only in South Korea.

It is worth noting that the authenticity of the image cannot be verified. Interestingly, the corners of the handset appear to be less curved on the standard S5 and indeed earlier leaked pictures of the F. We will have to take this photo with a pinch of salt, as with any leak, until Samsung is ready to reveal the official details on its alleged premium edition of the S5.