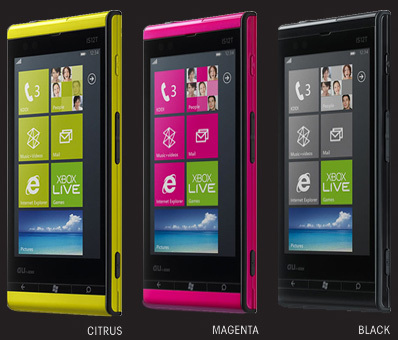 Windows Phone Mango is now on sale, if you live in Japan. The Fujitsu IS12T has been released on KDDI and represents the first Windows Phone Mango hardware device to go on sale. This is an important indication that Mango is now ready for prime time and it should not be much longer until we see these devices on more carriers and in more countries.

The images above, courtesy of this is my next, show the new devices in all of their Mango glory. It is expected that on September 1 that the Windows Phone platform will get another shot in the arm with many more devices being unveiled by multiple vendors.

It is still unconfirmed that on September 1 if only new hardware will be unveiled or if the OS update will begin its rollout, but either way, Windows Phone is about to launch its second generation hardware.

Finally, the Windows Phone marketplace is about to cross the 30k mark, a significant triumph for Microsoft as it tries to catch up to Android and iOS. No matter what your hardware and software preference is, competition in the marketplace means more choices for consumers and potentially a lower price of entry.

Image Credit: This is my next