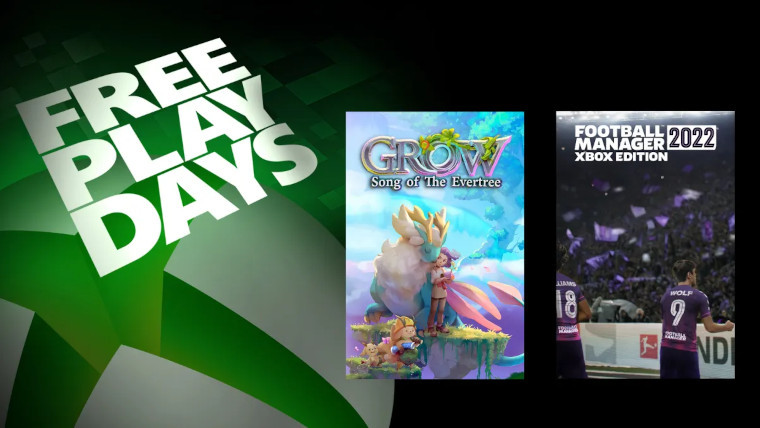 Microsoft has announced that Xbox Live Gold and Xbox Game Pass Ultimate members can play Football Manager 2022 and Grow: Song of the Evertree for free from now until Sunday, April 10 at 11:59 p.m. PDT. Those who want to continue playing after the free period will have to buy the games but they are discounted by a third this weekend if you do decide to buy.

With the price discounts, Football Manager 2022 costs $26.79 (was $39.99) and Grow: Song of the Evertree costs $16.74 (was $24.99). To get started with the games, go on your console, click the Subscriptions tab in the Xbox Store and enter the Gold member area and look for the Free Play Days collection. They are available on the Xbox One and Xbox Series X|S.

“FM22 provides a living, breathing game world of unparalleled realism that allows you to take charge of the world’s greatest football teams and start playing the beautiful game your way. Backed by a world-leading database of more than 500,000 real players and staff, FM22 achieves a level of football authenticity that other football games can only aspire to.”

“Hone your skills in Grow: Song of the Evertree, as the last of the Everheart Alchemists and bring the Evertree back to life in this beautifully immersive, world-crafting sandbox. Explore caves, solve puzzles, collect minerals, craft, and go fishing, as you unveil the long-lost knowledge of the Evertree by accessing its very heart.”

If you play the free version and subsequently decide that you do want to buy the game, your Gamerscore and earned achievements during the event will be preserved.