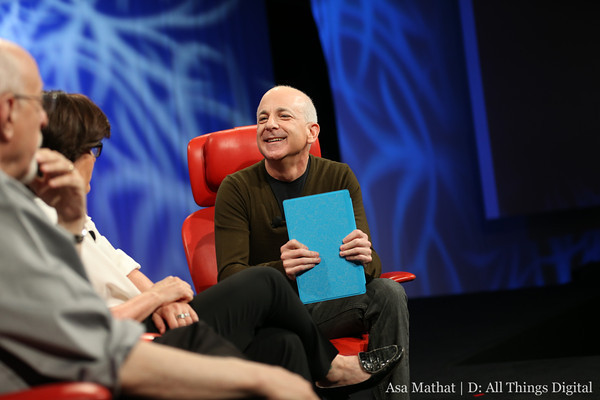 In mid-November 2012, only a couple of weeks after the launch of Windows 8, Microsoft announced that the long-time head of the Windows division, Steven Sinofsky, was leaving the company. Since then, Sinofsky has been writing regularly on his own blog, called Learning by Shipping, and has also been teaching classes at Harvard.

Today, Sinofsky was the center of a Q&A at the Wall Street Journal's All Things Digital conference, where he talked for the first time in public since his departure from Microsoft about the reaction to the launch of Windows 8. When asked why the PC business continues to decline even after Windows 8's launch, Sinofsky stated that he felt that it was hard not to be happy about Microsoft selling 100 million licenses for the OS. At the same time, he said:

The industry is undergoing a tremendous amount of change. I think that is exciting and it means a lot of opportunity. It will take a long time for things to play out. It’s exciting but it means while it is going on you have to resist the urge to pick winners and losers. Things are just very different.

Sinofsky also said he helped to push Microsoft to sell its own PC hardware in the form of the Surface devices and even held a Surface RT tablet on stage during the Q&A. He also uses devices from other companies and held up his own HTC One smartphone, saying that the Android device was "amazing in its openness and all its variety."

As far as what he would like to do next, Sinofsky stated that he is still on what many people would consider to be a sabbatical, adding, "I’m not in a big rush."