A few short months ago we compared 10 of the best CPU air coolers and despite stiff competition from Thermalright and Silverstone, the successor to Noctua's legendary NH-D14 -- the NH-U14S -- may have made the strongest impression of all. Besides keeping our overclocked 4.3GHz Core i7-4960X at 53 degrees (30% lower than Intel's stock RTS2011AC), Noctua's solution was one of the quietest tested, generating only 44dB of noise.

Although we didn't think twice about stamping the NH-U14S with our Outstanding Award, we've since wondered how it would fare against a basic water cooling setup. On paper, closed loop systems simplify the process of diving into water cooling, being about as safe and easy to work with as air cooling while delivering much of the performance you'd expect from an elaborate custom loop at a fraction of the cost. 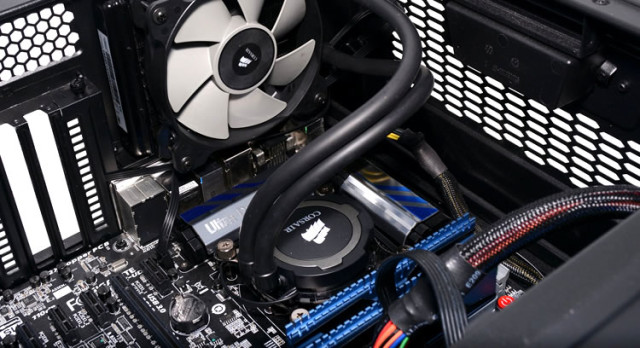 For example, Corsair's Hydro H75 is priced at $85, while Silverstone's Tundra TD02 is $120 -- both of which we've picked up -- and it's not like the Noctua's air cooler is cheap at $75. It doesn't seem like it would be hard to justify a $10 to $50 premium for an entry-level liquid setup, which should run cooler and quieter than the NH-U14S with few if any drawbacks. "Should" being the key word and the reason we're here...