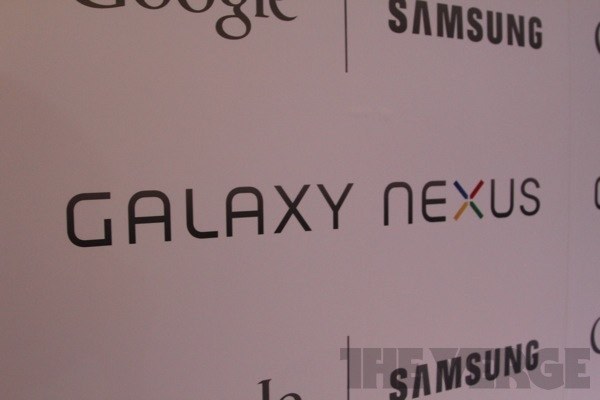 Just under an hour before the event, This is my Next has published a list of details of the hardware features of the Samsung Galaxy Nexus.

The website say that the company has officially announced the Galaxy Nexus, and it sports a 4.65" 1280x720 HD Super AMOLED screen, a blazing 1.2GHz dual-core processor, 1GB of RAM, 16/32GB of internal memory and a 1750mAh battery. This phone is impressive.

Additionally, the phone has a 5MP camera with full 1080p 30fps video with "zero shutter lag" for still images according to Samsung. The connectivity onboard? Bluetooth 3.0, USB 2.0, 802.11a/b/g/n Wi-Fi (2.4GHz and 5GHz), and NFC. Notably there is no USB 3.0 support on this device. The phone also includes a barometer alongside the accelerometer, compass, gyroscope and light sensors.

Did we mention it weighs just 135g and is 8.94mm thick? You want to see it on video? It leaked earlier today.