Samsung's Galaxy S6 has been leaked once again, this time giving more potential information about its display and cosmetic features.

Zauba, an Indian export site, suggests that a large batch of Galaxy S6s were shipped from South Korea to India. The site lists the device as having a 5.5-inch display, although the resolution is not specified. Previous leaks have suggested a Quad HD (2560x1440) display although this leak suggests the phone will have a 1920x1080 (1080p) display instead.

The Galaxy S6 is also said to come in some interesting new colors. A bright yellow Galaxy S6 has been leaked, which is certainly a radical departure away from the more subdued colors of the Galaxy S5: 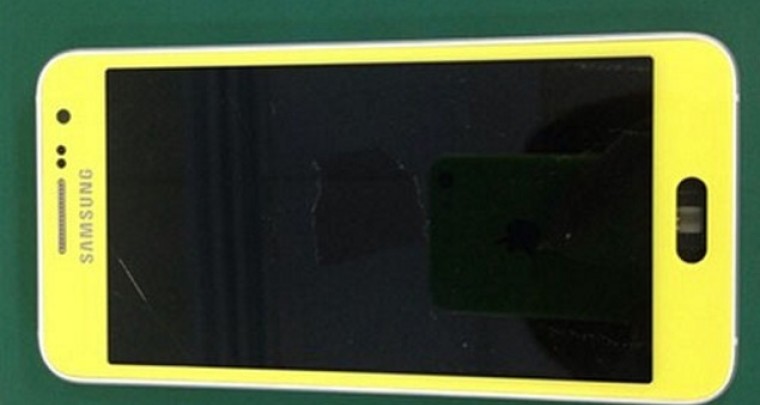 This "Galaxy S6" looks to have an aluminum frame, which matches the Galaxy Alpha and Note 4, perhaps adding credibility to this leak.

The Galaxy S6 certainly has been in the media spotlight recently, despite still being unreleased. We already have a pretty good idea of its specs, despite the phone not being expected for a few months. The earliest it may be released is at CES 2015, although judging by previous releases, sometime between March and April seems more likely.

Hopefully the Galaxy S6 puts Samsung back on the right path in 2015, as 2014 certainly has not been the best year for them. If the purported specs are to be believed, the Galaxy S6 looks to be one of the best smartphones to be released next year.