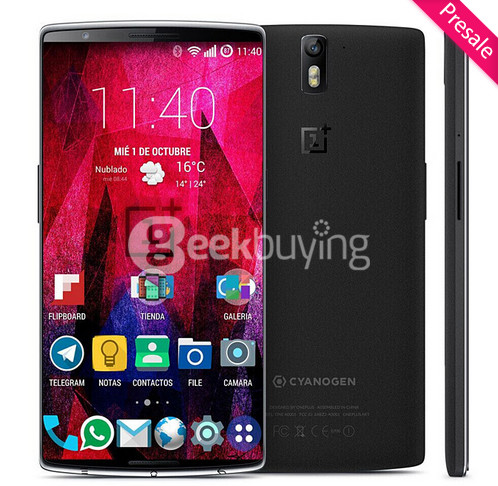 The OnePlus One is without a doubt a successful product. Although the the company has created some controversial campaigns and has relied on an unconventional method for its clients to purchase a device, OnePlus has solidified itself as a household name.

But, like most successful products, there is always a successor looming in the shadows and the OnePlus One is no different. Although there has been no official word from OnePlus, it looks like GSMArena has spotted a listing for a possible successor in the form of a 'OnePlus Two'. The listing comes courtesy of an online retailer that has the device available for pre-order. According to the site, the expected launch date of the product is set for February 10th, 2015. Interestingly, unlike the OnePlus One, the OnePlus Two is priced much higher in the pre-order listing starting at $538 USD.

Naturally, it looks like the OnePlus Two will offer some improvements over its predecessor like a Qualcomm Snapdragon 805 processor, 3GB RAM, 16 MP camera, and 3300mAh battery. Although this could all be fake, the specifications listed seem to align with most flagships that will launch in 2015. As always, we urge you to take this news with a grain of salt or until we have confirmation from the vendor.