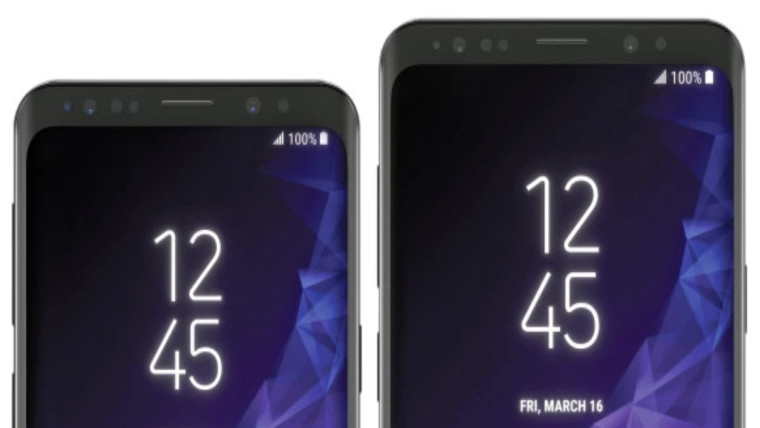 Samsung has had its share of leaks regarding the Galaxy S9 and S9+ as we lead up to the Mobile World Congress at the end of next month. A new leak may have outed an Intelligent Scan feature that maps a user's face and iris for better accuracy.

Two reports from SamCentral unveiled several new things that could be included in the Galaxy S9 and S9+, based on a teardown of a Note8 Oreo using APKTool on the Settings APK. Several strings uncovered mention of Intelligent Scan, which "combines face and iris scanning to improve accuracy and security even in low or very bright light." Apparently, the APK is allowing Intelligent Scan, Iris Scan and Facial recognition all to be used as independent verifiers of identity, but all three can't be used together. Using one apparently mutually excludes the others. For example, using iris scan precludes you from using facial recognition at the same time unless you are using Intelligent Scan. There is also an indication that turning one off turns the others off as well.

There are also detailed disclaimers on how to set up the two:

Other strings indicate the return of Smart Stay from the Galaxy S8, S8+ and Note8, which allows a device to remain on by sensing a face in front of the camera. There is also the hint of a return of Smart Rotation from older Galaxy S models as well.

In a separate listing, a feature called Tag Shot was found for the cameras. This reveals that location and weather information will be embedded in every shot taken. But the feature will come with a warning: "Use caution when you send, share, distribute, transmit, or copy these pictures since they contain information about where the picture was taken."

SamCentral dumped two sets of string data that you can examine for yourself.

Obviously, everything is subject to change until Samsung specifically announces what features the Galaxy S9 and S9+ will have, likely at its special event on February 25, before the Mobile World Congress begins.