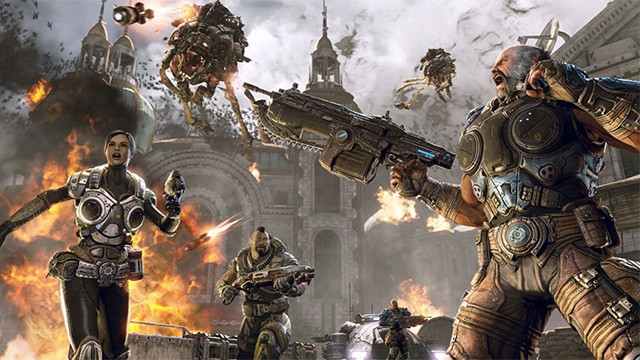 This morning, Microsoft announced it acquired the Gears of War intellectual property from Epic Games, also confirming Rod Fergusson, one of the Epic employees in charge of the franchise, would join Black Tusk Studios to develop the next installment in the franchise. But what about Cliff Bleszinski, the man who created the franchise?

In a post on his tumblr, Bleszinski said he doesn't "think the franchise could be in better hands" and wished Fergusson luck in his new endeavor, saying the franchise "was just as much Rod's baby as it was mine." He added that Phil Spencer, Microsoft Game Studios corporate vice president, called him last week to break the news, which he said was an appreciated gesture. When posed the hypothetical question of if he'd follow Fergusson, Bleszinski was adamant in saying the franchise is in his past, though he's proud of it.

"My headspace is in the future now, not the past," he wrote. "I have come to realize that until you give people something new to focus on they will obsess about the past."

Bleszinski left Epic in October 2012, which was just months after Fergusson's August 2012 departure. In July 2012, Chinese-based investment company Tencent bought a minority stake of about 40 percent in Epic. Tencent is also the majority owner of "League of Legends" developer Riot Games.