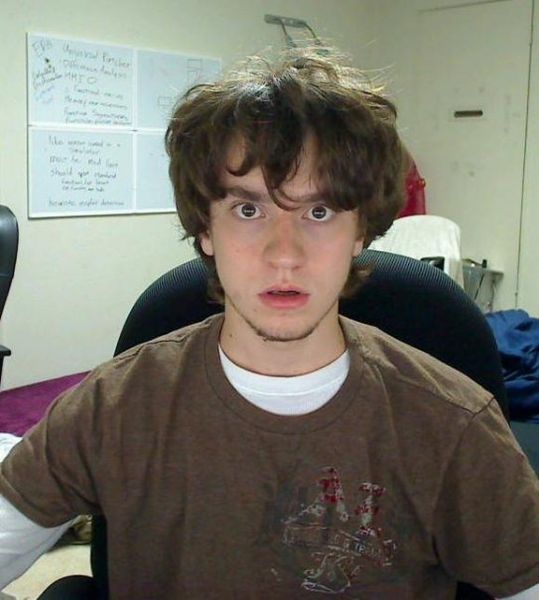 Stress appears to be taking its toll on Geohot, who a month ago was sued by Sony for exploiting the PlayStation 3 operating system into running homebrew and pirated software, which worked by accessing root keys or "special codes" in the OS that validated any game or application as genuine.

The jailbreak was released in December, right around the time the security exploit was shown at the Chaos Communication Congress in Berlin, by George Hotz (also known as GeoHot; pictured to the right) and a team of over 100 people who are a part of 'fail0verflow.'  George Hotz is credited as being the first person to jailbreak the iPhone 3GS with his development of purplera1n. Now he, along with the other fail0verflow developers, are cited in a lawsuit from Sony sent to the Northern District of California court which alleges that their work is in violation of the Digital Millennium Copyright Act (DMCA).

For those interested in a bit of Sunday musical shenanigans, the video is embedded below.

Warning: The video contains expletives and is not safe for work (NSFW).

For Sony lawyers, who I'm sure will study the lyrics, these are also available for your viewing pleasure.

And for those who don’t know

I’m getting sued by Sony

Let’s take this out of the courtroom and into the streets
I’m a beast, at the least, you’ll face me in the northeast
Get my ire up, light my fire
I’ll go harder then Eminem went at Mariah
Call me a liar
Pound me in the ass with no lube, chafing
You’re fucking with the dude who got the keys to your safe and
Those that can’t do bring suits
Cry to your Uncle Sam to settle disputes
Thought you’d tackle this with a little more tact
But then again fudgepackers, I don’t know Jack

I shed a tear everytime I think of Lik Sang
But shit man, they’re a corporation
And I’m a personification of freedom for all
You fill dockets, like thats a concept foreign to y’all
While lawyers muddy water and TROs stall
Out of business is jail for me
And you’re suing me civilly

Exhibit this in the courtroom
Go on, do it, I dare you

Thanks to 9TO5Mac for the tip.