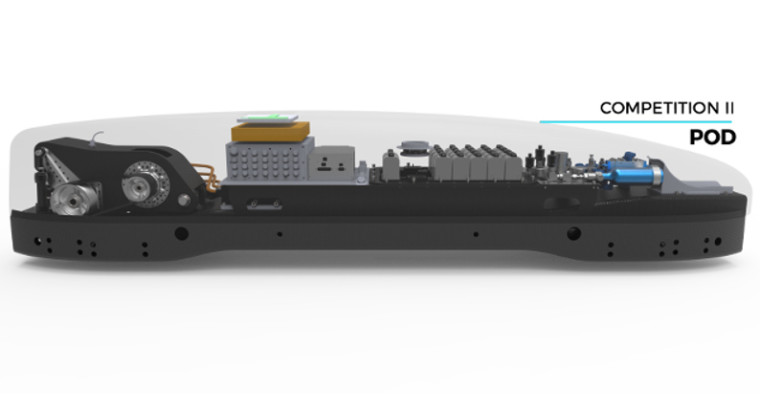 A university team called Warr, from the Technical University of Munich has won a competition against other university teams by getting its Hyperloop pod to a speed over 200 mph in a stretch of Hyperloop tube located at the SpaceX headquarters in California.

The competition is being held by SpaceX and Elon Musk awarded the prizes to the competitors himself. This is the fastest that a Hyperloop pod has traveled so far, although Hyperloop One, which is the company with its own test track in Nevada, has recently gotten its full sized XP-1 pod up to 192 mph. The Warr team has gone faster than Hyperloop One but its pod is much smaller. In addition, the pod did not travel further than 1.25 kilometres (.77 miles), as this is as long as the track currently is. The Warr team competed against two other teams, the Paradigm team which was a joint team between students from Northeastern University and Memorial University of Newfoundland and Labrador, and the third team was called Swissloop with students from Switzerland's ETH Zurich.

The other two teams managed to get their pods up to speeds of 60 mph and 25 mph respectively. The Swiss team even made use of a small jet propulsion system to give its pod a little extra boost, but this wasn't enough to beat the Warr team's use of carbon fiber, aluminum, various lateral and horizontal mechanisms, a compressor, and a 50 kW electric motor to get it going. Warr released the video below of their test run which shows a front-seat view of what it looks like of the pod going through the tube. The acceleration and speed are impressive, but the test pod does seem to bounce around slightly, and at the top speeds it is easy to be reminded of some of the runs of the Jamaican bobsled team in Cool Runnings.

The Warr team won an earlier phase of the competition in 2017 too, where it was also able to get its pod to go the fastest, according to Elon Musk there is no reason why these teams cannot soon get pods up to speeds of 600 mph. The Hyperloop which is being developed all over the world in South Korea, Dubai, and with various routes proposed for Europe too, is projected to be able to get up to speeds of 700 mph, which if the tubes were built around the world, would completely change international and domestic transportation systems.

For the university team to be able to develop a pod that can go faster than the official Hyperloop One pod is quite impressive, but the Warr design is still roughly the size of a small bob sled, and for the Hyperloop as a whole to be able to change international and domestic travel the pods will definitely need to start testing with seats big enough to carry actual people.