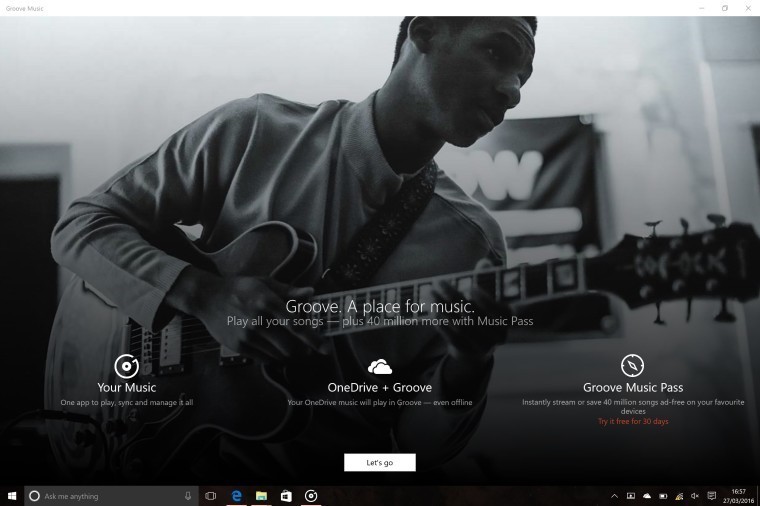 Microsoft’s track record when it comes to pushing its Groove music service has been mixed at best. But as of today, the company has a pretty sweet deal for potential customers, offering up four months of Music Pass for the price of one.

For those less familiar with the company’s offering, note that the Groove Music Pass is a subscription which gives you unlimited access to millions of songs. You can enjoy those on almost any device including the web, Windows 10 PCs, Xbox, Android handsets, iPhones, Windows 10 Mobile devices and Sonos.

If that sounds good to you, then this is a great time to sign-up and try Microsoft’s Groove Music, because as stated above, you’ll be getting three months of service for free. The way the promotion works is that you first need to sign up for one month of paid service. After that month comes to a close, you’ll get a promotional code for an extra three months at no extra cost. A month of service currently costs $9.99.

Unfortunately, the offer is only available for those based in the US, and Microsoft notes that it’s a limited time promotion. However, you have quite a bit of time to take advantage of this deal as the fine print notes the offer will end on August 17th. Note that you’ll need to redeem the subsequent promo code by August 31st.

Groove music arguably hasn’t been as successful as Spotify or Apple Music, and Microsoft never seems too focused on pushing the service. That being said, Groove and its apps have been receiving a steady number of improvements including the launch of a full universal Windows 10 app.