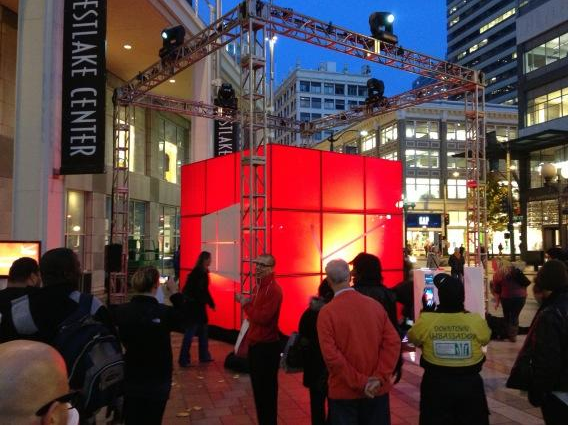 Today in Seattle, Verizon was hosting a small Windows Phone 8 launch event where it announced you'll shortly be able to pre-order the Windows Phone 8X by HTC as well as the Nokia Lumia 822. At the event, a giant Windows Phone Live Tile cube was seen illuminated in iconic Verizon red, although it appears to serve no real purpose aside from looking cool and drawing interest to Verizon's Windows Phones.

The design of the cube also appears on the Nokia Lumia 822 box, which was handed out at the Seattle event. It could be the retail packaging, or it could just be the promotional packaging seen at the event, but either way it looks pretty cool and very eye-catching. 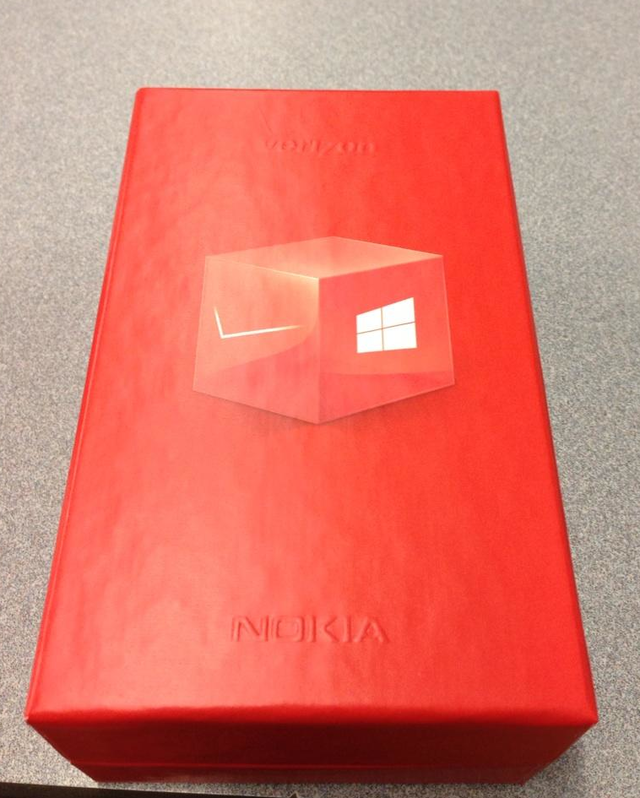 Verizon has historically been a weak provider of Windows Phone devices, only offering the HTC Trophy (which by now is a seriously aging WP7 device) and never bothering to seriously advertise the phone. Now, Verizon is not only selling HTC's flagship 8X with wireless charging, but also the Lumia 822 pictured above and the Samsung ATIV Odyssey, which will be fully revealed later down the track.