In Washington, DC, a security robot that was designed to patrol a local parking lot was found 'drowning' in a nearby office fountain. The incident predictably attracted no end of online attention, after comparisons were made between the robot and Marvin, the 'paranoid android' in The Hitchhikers Guide to the Galaxy. 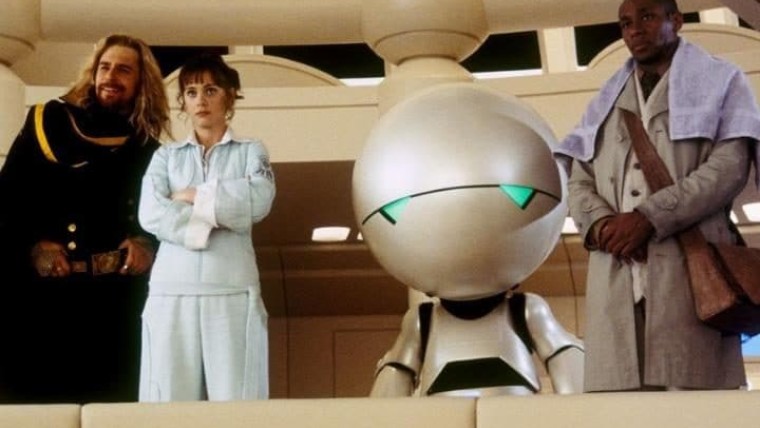 The oddly shaped robot built by Knightscope patrols a designated area and reports any suspicious activity, or known criminals. For some yet-to-be-determined reason, the robot must have lost its way and navigated itself into the fountain. It sustained water damage, and the company behind it says that it has started investigating the incident.

But the internet didn't waste a moment commenting about this:

The Restaurant at the End of the Universe (1980) - Douglas Adams pic.twitter.com/jt5VArA6ye

It's a fun day here at @gmmb. The super high-tech security robot at our office complex has had a mishap. pic.twitter.com/nhRshrJA9w

His name was Marvin. pic.twitter.com/fo0FwryjPn

According to reports, this wasn't the first time a robot found itself in a bit of a bind. In California, a security robot rammed into a toddler and proceeded to go about its business as if nothing had happened. With robots and automation increasingly taking over our everyday tasks, perhaps we should teach these mechanical helpers some manners, or ask how their days are going, to prevent them trying to end it in an office fountain.