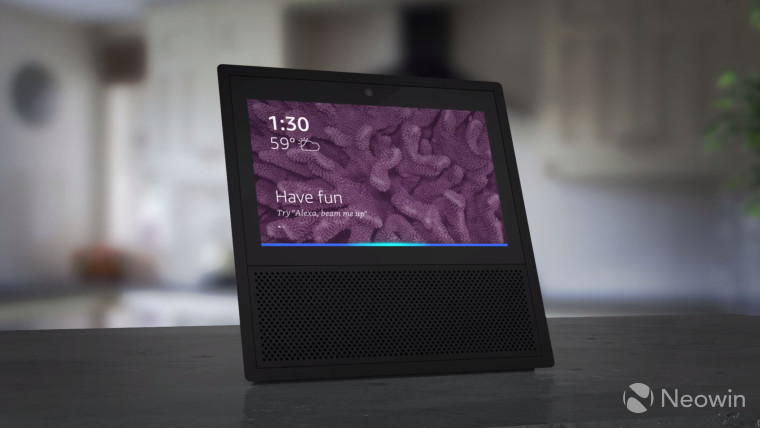 Amazon's Echo Show is the tech giant's twist on a smart speaker that comes with a screen. Understandably, one of the biggest uses of the Echo Show, then, is to watch videos on YouTube, such as following cooking recipes while in the kitchen.

Unfortunately for the Echo Show, however, Google has disabled the device from accessing YouTube. Currently, asking Alexa to play a video from YouTube results in the following reply: "Currently, Google is not supporting YouTube on Echo Show."

It is even more understandable, then, that Amazon is not pleased and, as the company explains in a statement, it's all Google's fault:

"Google made a change today at around 3 pm. YouTube used to be available to our shared customers on Echo Show. As of this afternoon, Google has chosen to no longer make YouTube available on Echo Show, without explanation and without notification to customers. There is no technical reason for that decision, which is disappointing and hurts both of our customers."

While Amazon doesn't necessarily state it explicitly, it is clear the company is not at all pleased with Google and there's certainly a twinge of snark to the statement. Google, on its part, doesn't deny it being a conscious decision, though it does provide an explanation:

"We’ve been in negotiations with Amazon for a long time, working towards an agreement that provides great experiences for customers on both platforms. Amazon’s implementation of YouTube on the Echo Show violates our terms of service, creating a broken user experience. We hope to be able to reach an agreement and resolve these issues soon."

The statement doesn't necessarily explain if this reasoning was ever conveyed to Amazon, as the company bemoaned the lack of an explanation in its statement to The Verge. It's also unclear what the details of the disagreement between Google and Amazon are and exactly which of Google's terms of service Amazon is in violation of, or why they decided to turn the tap off only just now.

What we do know is that Google has gone to similar measures in the past, forcing Microsoft's to pull its YouTube app on Windows Phone because it didn't display ads and cited that as a violation of their terms of service. We don't necessarily know what Amazon's doing wrong from Google's perspective but we do know Google is quite protective of YouTube and rather insistent things are done its way.