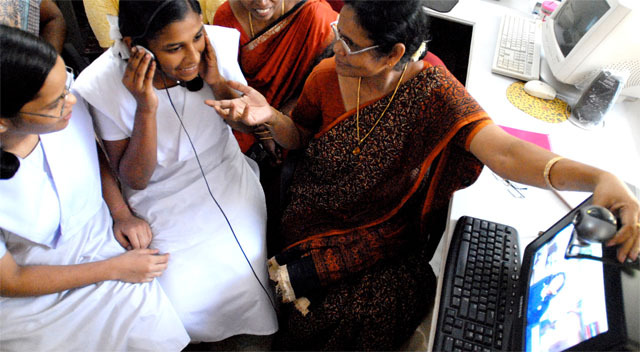 India's security agencies have turned their attention towards Skype and Google this week after a reprieve following high-profile talks with Blackberry maker Research in Motion about ways to allow Indian security forces to monitor data.

The security agencies have been struggling to monitor content shared via Gmail and Skype due to the high encryption used by the services. India's security agencies are concerned that services such as Skype are being used by terrorists to bypass traditional monitoring systems put in place for telephone calls. Skype and Google are both set to receive an ultimatum from the spies in New Delhi.

"The notices to these entities will be issued beginning Tuesday and all of them will be asked to comply with the directive or else they will have to close down their networks," a senior official told PTI news agency late Monday. India is also targeting "virtual private networks", which give workers secure access to their company networks when they are working away from the office.

The move follows similar threats to Research in Motion (RIM) who manufacture BlackBerry devices. A ban had been threatened for this week after security agencies requested greater access to RIM's networks and encrypted data services. RIM said it would support India's need for "lawful access" and India has delayed the ban for 60 days.

A spokesman for Google, Gaurav Bhaskar, told AFP the company was yet to receive a notice. "Once we receive it we will be in a better position to comment on what they are looking for," he said, adding that he expected the concern to be the Gmail service.