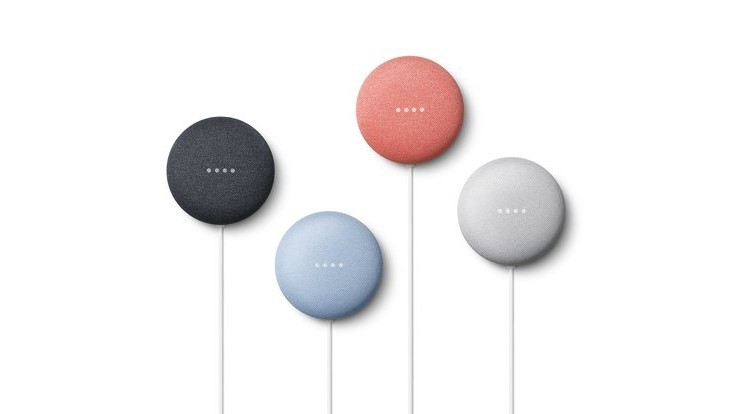 This year's Made by Google event brought a few new product announcements, including a pair of devices from Google's Nest brand. One of those devices is the Nest Mini, which will look very familiar if you've seen the Home Mini announced in 2017.

It looks almost exactly the same as its predecessor, with a puck-like design covered in fabric on the top half, and plastic on the bottom. Google says it's using mostly recycled materials for the body of the Nest Mini. Design-wise, the only difference is on the underside of the device, which now has a little hole to let the device hang on a wall using a screw or other kind of support.

The new Nest Mini does have a better speaker, with Google saying it'll offer bass that's twice as powerful as on the Home Mini, and the Nest Mini will automatically adjust depending on how loud the environment is. Google says it has also improved the device's ability to listen to you in noisy environments, and if you prefer touch interactions, LED lights will light up as you approach the device, so you can know where to tap to raise or lower the volume.

Google has also improved the Assistant thanks to on-device machine learning, increasing its response time. The Nest Mini is available to pre-order from today starting at $49, and it comes in Charcoal, Chalk, Coral, and Sky color options. Shipping will start on October 22. 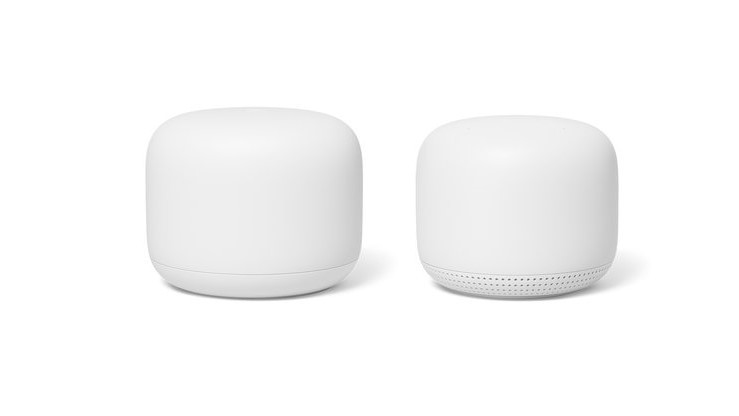 Google also announced new Nest Wifi hardware, an update to the original Google Wifi. The new Nest Wifi setup actually consists of two devices, the Wifi router and the Wifi point. The router plugs directly into your modem to provide a wireless connection, and the Wifi point helps expand the coverage of your network. The two devices can cover houses up to 3,800 square feet in size.

Being Google devices make them easy to manage through the Google Home app, including things such as sharing the password and prioritizing certain devices. If you have a Nest smart display, you can even use it to share your network with guests. 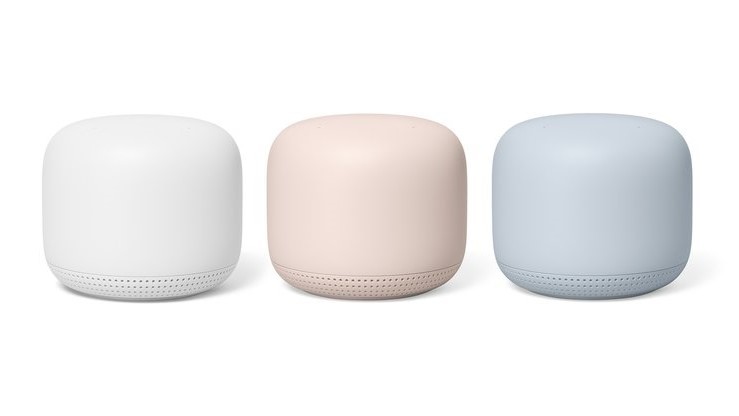 The basic Nest Wifi set comes with a Wifi router and a Wifi point for $269. You can get a three-pack with two Wifi points for $349 if you need more coverage. Nest Wifi is available to pre-order from today in the U.S., with shipping starting on November 4. The devices will be available in seven other countries in 2019, but Google didn't provide specifics.

Finally, Google is making some changes to its Nest Aware subscription, making it easier to manage your security cameras. Instead of paying per device, subscriptions are now paid per household, and all your security cameras are included. Prices start at $6 per month ($60 per year), with 30 days of event video recording. There's also a $12/month tier which includes 60 days of video event recordings and 7 days of 24/7 video recording.

Nest Aware is also expanding to using Google Home and Nest devices with microphones to detect suspicious noises, and it's making emergency calling easier when you're away. When an alert is created and you're not home, Nest Aware can now call the emergency dispatcher closest to your home, no matter where you are. Google has also announced it will introduce a Home feed in the Google Home app in 2020, so you can see all your security events in the same place.

The new Nest Aware subscription model will come to the 19 countries where it is currently available starting next year. The emergency calling features will only be available in the U.S. at first, though.