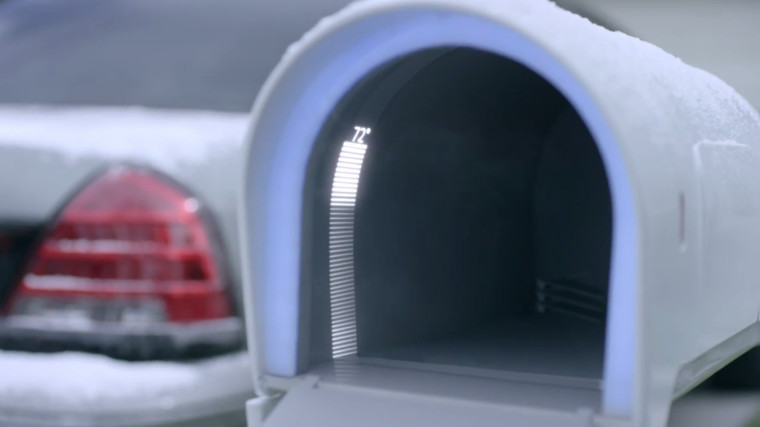 April fools is finally here and some companies have started early in their celebrations of the annual event. Google decided to introduce "Smartbox by Inbox (by Gmail by Google)" -- a physical "smart" mailbox that not only knows your favorite temperature settings but is also able to zap people for trying to put junk mail in there.

Like keeping things organized? The new smart mailbox also sorts your mail into subject-specific categories -- just as you'd expect from a modern email app. The mailbox goes one step further in even having what appears to be a full-featured version of Android as well.

While this is certainly an April fools prank, it also appears to be a low-key advertisement for their Inbox by Gmail service which was announced last year. At the end of the video it mentions how Smartbox requires a Google Inbox account, and instructs people to email inbox@google.com before April 2nd for both a Smartbox and Inbox invitation. Not too bad, given that they were selling for over $200 when the first batch of invites went out.

Author's note (Putting on my Silicon Valley hat): To be honest, there may be a market for mailbox sensors which can provide notifications or alerts if a user receives physical mail. It could be as simple as a flat pressure sensor sitting on the bottom of the mailbox measuring impact to identify each new letter as it falls in, and pushing the relevant information to a smartphone app.