In an interview with the Business Insider, Bradley Horowitz has critiqued Facebook by stating that Facebook is “pissing off users.”

Bradley says in the interview that he believes that Facebook is the “social network of the past” and believes the large number of advertisements is destroying the user experience of the world's largest social network. Horowitz went on to use an analogy of two people chatting, while a sandwich salesman tries to sell them a sandwich, he said:

I'm trying to communicate in that space of social connection.

It doesn't matter if I 'like' the sandwich, it doesn't matter if it's personalized with my favorite mustard; that is the wrong time to try and dangle it in front of me. There is a time and place for sandwiches. It's called lunch at a restaurant.

After hinting that Facebook is just a sandwich that no one wants anymore, he added that Facebook's strategy of implementing advertisements into people's Facebook feeds is “pissing off users and frustrating brands." 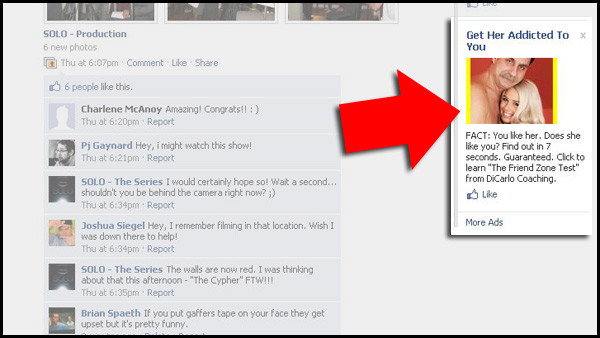 Horowitz insists that Google is doing a better job by using its recommendations for products and services on Google+ more subtly, rather than completely in front of users.

We agree and feel it's a much better approach to subtly place ads on a social network rather than spam ads in front of people's user space when reading a social feed, because it can make a social network unappealing, cheap and tacky. That being said; are people actually using Google+ because of its laid back approach when it comes to advertising? Probably not. Google reckons 100 million people are using the network a month, but whether they're using to make the recommendation scheme work is beyond us.

Facebook may be a sandwich that nobody wants anymore but if food is placed in front of you, wouldn't you just eat it anyway?