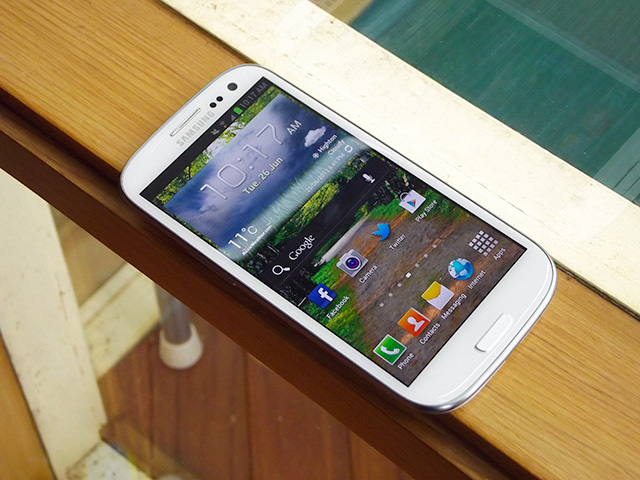 A new report by the Wall Street Journal has outlined anxiety within Google in regards to Samsung's growing dominance in the Android handset manufacturing field. Google, which licenses Android for free, has been in partnership with Samsung since 2010, when Samsung released the Galaxy S - the first real iPhone competitor to run Android. Since then, Samsung's vast quantity of smartphone shipments has increased Google's lucrative mobile advertising revenue tenfold, but the company is still worried.

If Samsung were to split from Android, it would pull the carpet from under Google's feet. Apple and Samsung take roughly 98% of all revenue from smartphones sold, leaving just 2% to HTC, Sony, Motorola, LG and more. Even more worrying for Google, Samsung could choose to release a custom version of Android - like Amazon did with the Kindle Fire - which runs it's own software and bares little resemblance to Android. If Samsung chose to follow this path, it could also choose to block Google out and decrease their revenue from mobile ads significantly.

Google does still have Motorola - which it purchased for an eye-watering $12.5 billion last year - to manufacture phones, however, the power Motorola yields is small; Google has openly admitted that the partnership has not yet started bearing fruit, with Google deciding to manufacture their Nexus 7 tablet with ASUS and their Nexus phone with LG. Google is rumoured to be creating an "X phone" which will compete - and, Google hopes, beat - their rivals at Samsung.

Internally at Google, Andy Rubin, head of Android, has congratulated Samsung on their success, but warned that Google could be left behind. After all, there is more money in making phones and selling them than collecting advertisers money, as Samsung and Apple have proven.

The Wall Street Journal described the relationship between Google and Samsung as "increasingly complicated", due to Samsung's huge momentum. Last year, Samsung shipped 215.8 million smartphones, most of which used Android; for comparison, Apple shipped 136.8 million iPhones in 2012. Within the Android ecosystem, Samsung accounts for 40% of all phones sold; their closest competitor is Huawei which captured 6.6% of the Android market - in other words, Samsung's lead is phenomenal, and it is worrying Google.