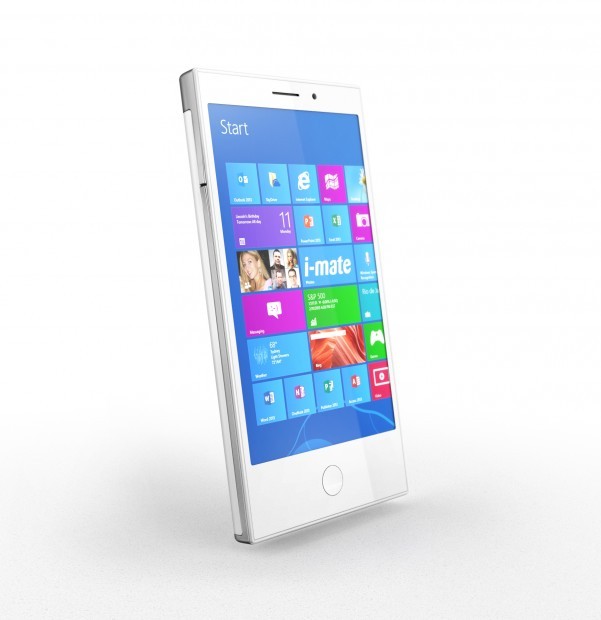 Plenty of perfectly legitimate devices are currently being demonstrated at Mobile World Congress in Barcelona, but if the Seattle Times is to be believed, we're in for an interesting ride from the folks at i-mate. The company has apparently resurrected itself from the bowels of irrelevance, and they will be showing off a Windows 8 phone - that's right, not a Windows Phone 8 device, but a Windows 8 phone - that they've developed in their Redmond offices.

The machine will be powered by an x86 Intel 'Clover Trail' Atom processor that has found its way into many Windows 8 tablets, and will also pack in 2 GB of RAM alongside 64 GB of storage and HSPA+/LTE radios. The device will be running a full-blown copy of Windows 8 Pro, including the Start screen environment and the ability to run desktop apps on the device's 4.7-inch (presumably 1280 x 768) display. 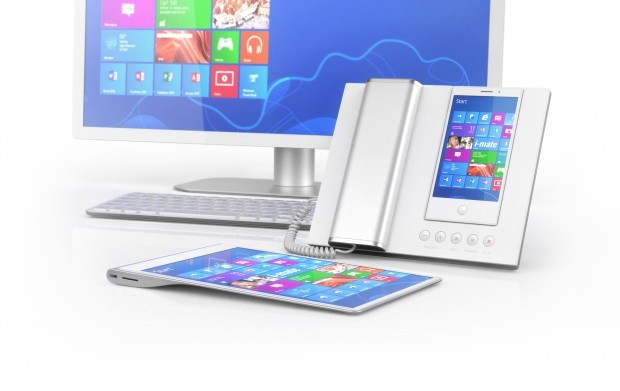 For $750 you'll be able to purchase the phone by itself, dubbed the "Intelegent", or you can shell out $1600 for a full "hardware suite" featuring a docking "hub" that powers the attached phone handset as well as a 23-inch touch-screen display, keyboard and mouse. The complete package also features a 10.1-inch auxiliary tablet with a 1080p display, which appears to be wirelessly run by the docked smartphone.

We can't help but feel like this device might just be vaporware, but if someone actually manages to spot it on the MWC trade floor it would definitely be interesting to see the device in action. With Windows Phone 8 specifically designed to cater for smartphones, Windows 8 seems like a very strange choice to put on this sort of hardware, catering for a very small portion of the general public.