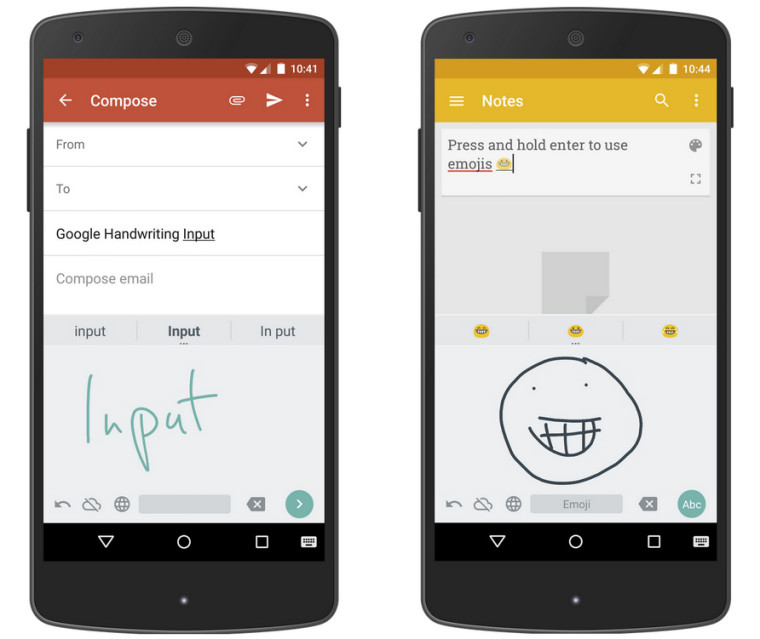 Google wants to make mobile more useable with the launched of Google Handwriting Input, letting users handwrite text and emoji on their Android device as an alternative? to the traditional keyboard.

The new input, which is available in the Google Play store, supports 82 languages in 20 distinct scripts in both printed and cursive writing style with or without a stylus. Even drawing emoji's is supported in a special mode, which can be accessed by holding down the 'enter' button.

In a blog post, Google said they used large-scale language modeling, robust multi-language OCR, and large-scale neural-networks as the backbone for the new input. Google also said the input is perfect for languages that are challenging to type on a virtual keyboard, such as Chinese.

Unlike other cloud-based handwriting recognition tools which requires an active Internet connection to work, Google's new input works without access to the Internet. But Google also included an option to enable in-cloud recognition for users who want more accurate results.

Google Handwriting Input is available? for free on the Google Play store.