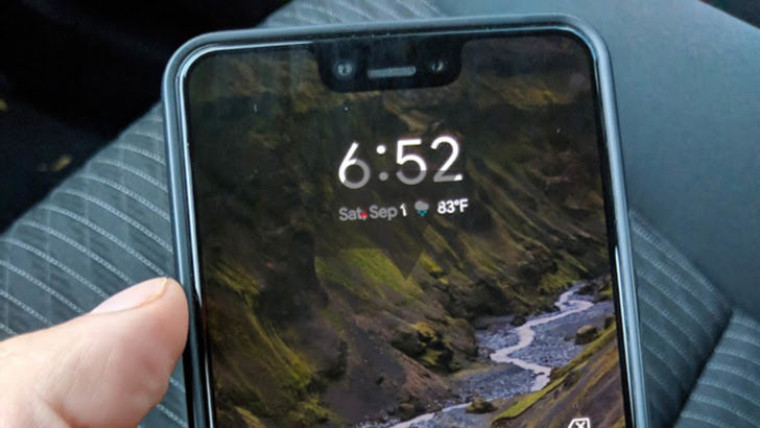 Details of the Google Pixel 3 XL started leaking out as far back as June, and since then we know pretty much all there is to know about the as yet unannounced device, thanks to not just one, but two unofficial unboxings of it that have appeared online in the last month.

Now it appears that someone that has access to the Google Pixel 3 XL left it by accident in the back of a Lyft in an undisclosed country, but the honest Lyft driver, who snapped a few pictures of the device before returning it to the owner "a few minutes later" sent those images to Android Police, of which the driver is said to be a reader.

The Lyft driver, referred to by Android Police as Anonymous Alligator initially thought that his own Pixel 2 XL had somehow fallen back, but quickly realized it was the 3 XL after seeing the notch and Google logo on the back.

The device also has various identifying stickers, which is common for prototypes and test units, these were blocked out by Android Police.

As a reminder, and thanks to all of the leaks we've seen so far, the 3 XL is expected to ship with the following specifications:

For those of us that aren't a fan of the "notch", you needn't worry, as details and shots of the Google Pixel 3 have also leaked online sans notch, which gives Pixel fans a clear choice to vote with their wallets come October 4 (which, by the way, is World Animal Day) and is also the date Google will officially announce the handsets.