If you're using the Android N Developer Preview, it's time to check for updates, as there's one available. It would appear that the update is only rolling out to the Nexus 5X, 6P, and both the Wi-Fi only and LTE model of the Nexus 9. 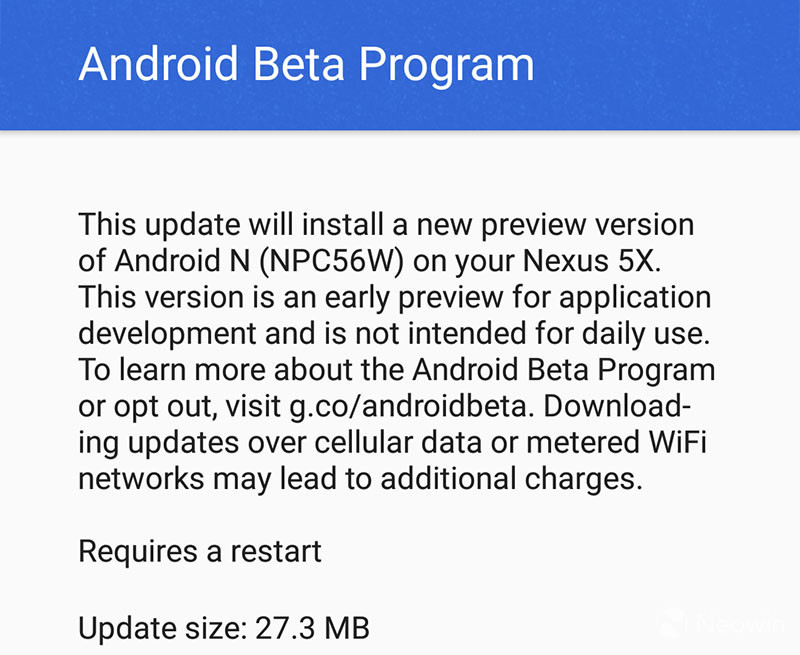 While Google promised five iterations of the Preview, this is likely not one of them. The roadmap that Google published implied monthly iterations and when the second Preview does roll out, it will likely be much larger than 27.3 MB.

If you're not into over the air updates, you can also download the image to flash to your device right here.