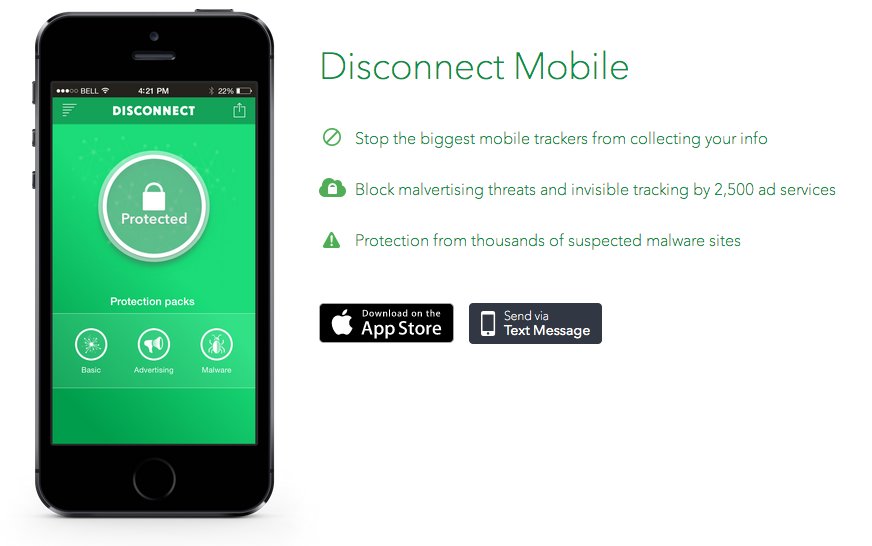 Google has removed an app that was designed to help keep your information private from the Google Play store. The app, called "Disconnect Mobile" was built to stop other apps from collecting data on its users.

Google was not happy about this and said that it broke rules that the company had in place when the app was published; the app has now been pulled from the store. The developers of the app, Disconnect, a startup based out of San Francisco, spent a year and $300,000 to build the app. During its short life in the Play store, it was downloaded over 5,000 times.

The developers claim that they paid close attention to the policies that Google had in place when they built their app and they do not believe that it broke any of the stated rules.

This is not the first time Google has gone after apps that work to protect your privacy. Ad Block, a popular extension for Chrome and other browsers, was pulled from the Play store and now has to be side-loaded if you want to use all of the apps features.

It should not be a huge surprise as to why Google doesn't want these apps in there stores. Google makes a lot of money off of collecting meta data about your browsing habits to help deliver targeted advertisements. When apps start getting in-between its revenue streams, Google takes action.

Of course, there are legitimate reasons why you would not want an app to be able to block or alter content from another app on your phone. If this policy was not in place, it could allow for even more malicious apps to make their way into the Play environment.

For clarity, Disconnect Secure Wireless is still available, but the other application, Mobile, is not available on Android anymore.

With that being said, Disconnect Mobile is not a malicious app and was trying to make it easier for consumers to protect their data on the world's most popular smartphone platform.