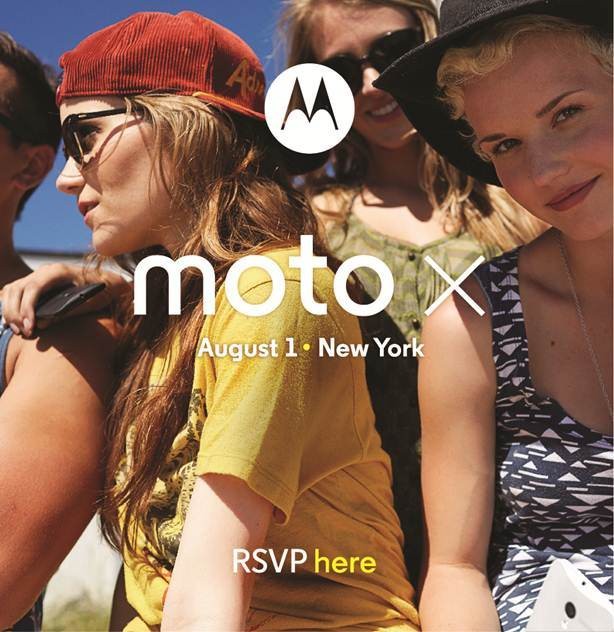 Motorola and Google have already touted their upcoming Moto X smartphone, but the companies have yet to officially reveal the device. That will change Aug. 1, as the duo have sent invitations to various media organizations to attend a press conference in New York City on that date.

The invite, as posted by AllThingsD.com, is not a vague press statements. It flat out says the event is about the Moto X, which will first smartphone from Motorola designed under Google's supervision. Google bought Motorola in May 2012, though the two have been relatively cagey about their plans on working together.

Rumors about a so-called "X-phone" from Motorola started popping up on the Internet in December, and Google made the unusual move of running a teaser ad in several U.S. newspapers about the Moto X earlier this month. Since then, there have been images leaked of the device, and even a video that shows some of the phone's voice command features.

Google has announced the Moto X is being assembled in the United States, specifically in Ft. Worth, Texas, instead of the usual practice of of assembling and then shipping phones from overseas.