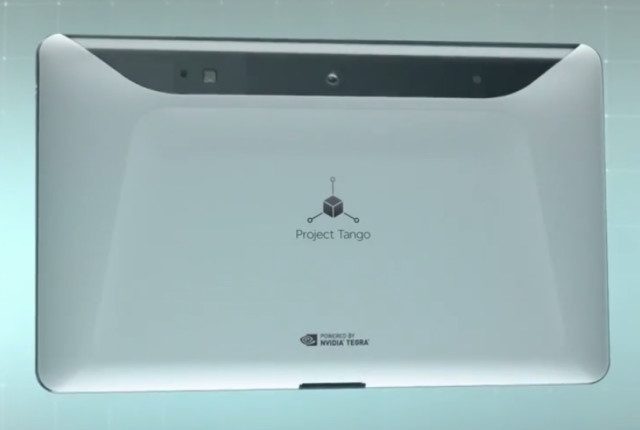 Today, Google’s Advanced Technology and Projects group introduced a new tablet  that follows in the foot steps of its earlier mobile device. The new Project Tango device is a seven-inch tablet that is powered by an NVIDIA Tegra K1, 4GB of RAM, and has 128GB of storage. The tablet also includes WiFi, Bluetooth, and 4G LTE.

The Tegra K1 was announced at CES and is a next generation mobile processor that is based on the Kepler architecture found on the company’s PC GeForce graphics cards. The K1 has 192-cores and has the power to run desktop grade software and graphics on a mobile device.

The tablet has a front facing camera with a 120-degree viewing angle, a 4MP rear camera, motion tracking camera, and an integrated depth sensor. The combination of these sensors plus NVIDIA’s K1 allows the device to perform detailed tracking to create amazing three-dimensional environments on the fly. While there isn’t a concrete objective with Project Tango devices, the ATAP team has a vision of creating something that could one day impact the way we use and think about devices.