Last week, Google revealed a new logo for its Motorola smartphone and tablet hardware division, but that is just the beginning of Google's plans to revamp the Motorola brand. Today, it was revealed that Google will be teasing the public with a newspaper ad campaign that hypes up the upcoming Moto X smartphone, while at the same time revealing almost nothing about the device.

Ad Age has posted up the image of the full page color ad that will run tomorrow, the day before the US Independence Day holiday, in the The New York Times, USA Today, Wall Street Journal and Washington Post. The ad uses the holiday period to state that the Moto X will be designed and assembled in the USA. The Ad Age article says that the phone will be put together specifically in Ft. Worth, Texas, although Google admits that some of the parts will come from overseas.

The phone itself is not shown, but the ad copy, over a picture of two people leaping into a lake, claims that the Moto X will be "the first smartphone that you can design yourself." There's no word on what exactly that means. At the D11 conference in May, Google said that the Moto X would have two processors and that it will go on sale in October. It's pretty rare that a company teases a smartphone launch three months before it's released.

Source: Ad Age via The Verge | Image via Google 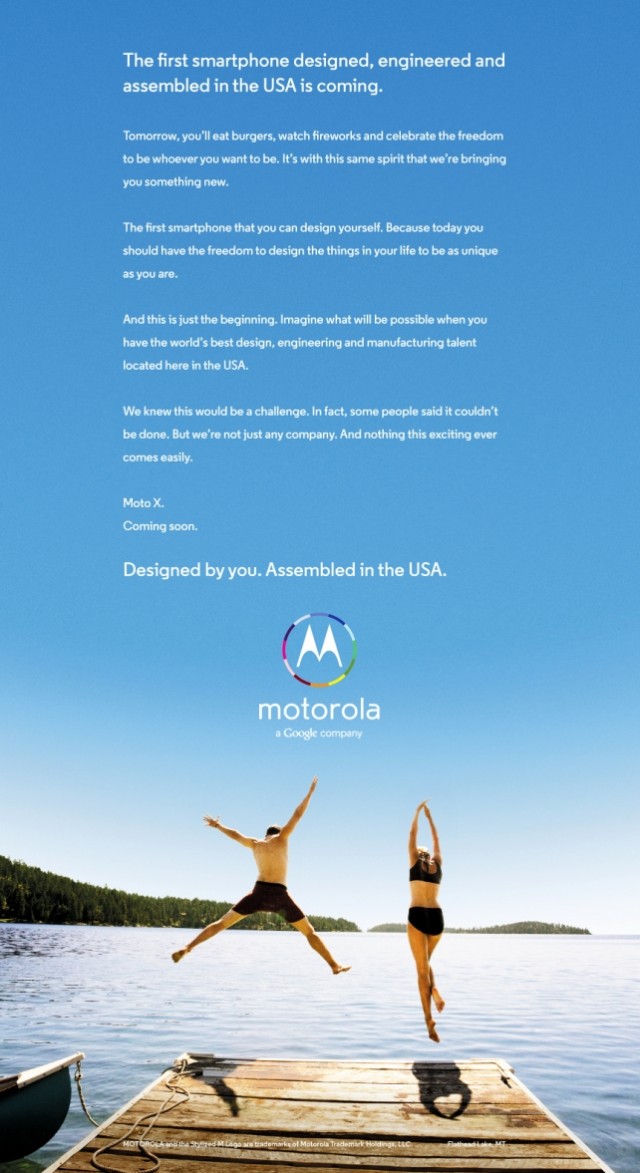