AMD's newly launched Radeon RX 6500 XT is unlikely to have a great reception in the market due to several limitations it comes with. The card lacks a lot of modern media decoding (AV1) and encoding (like HEVC) support that you'd expect. And in terms of PCIe throughput, it is limited to just four channels (x4). Read all the details here.

Fellow outlet, TechPowerUp, which develops GPU-Z, the popular graphics specification-checking utility, has put out a report cautioning users that the currently available GPU-Z versions are misreporting the number of PCIe lanes on the GPU as x16 instead of the actual x4. 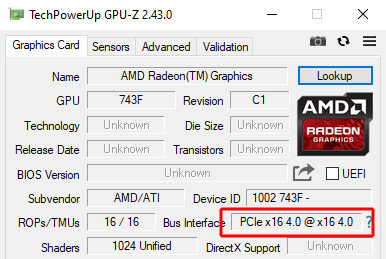 The site explains that the reason for the misidentification is that GPU-Z is yet unaware of the way Navi 24, the GPU inside the Radeon RX 6500 XT, operates. While the graphics core itself can support x16 width as correctly reported by the downstream switch port, the PCIe upstream switch port only accepts x4 lanes from a Navi 24 card, like that of the RX 6500 XT and its smaller sibling, the RX 6400. TechPowerUp says that a future GPU-Z update will fix the issue. 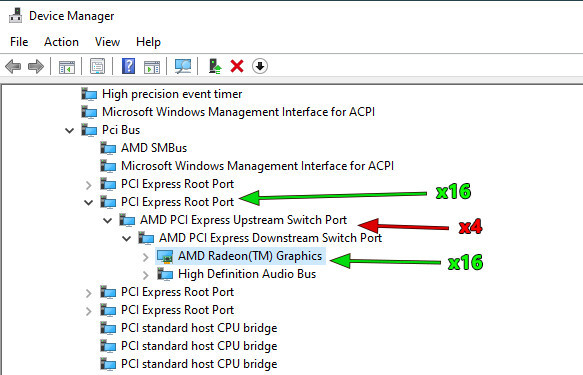 The website also is currently listing the card as a PCIe x8 card but that should change too as specifications listed on the website before launch are sometimes placeholder data. 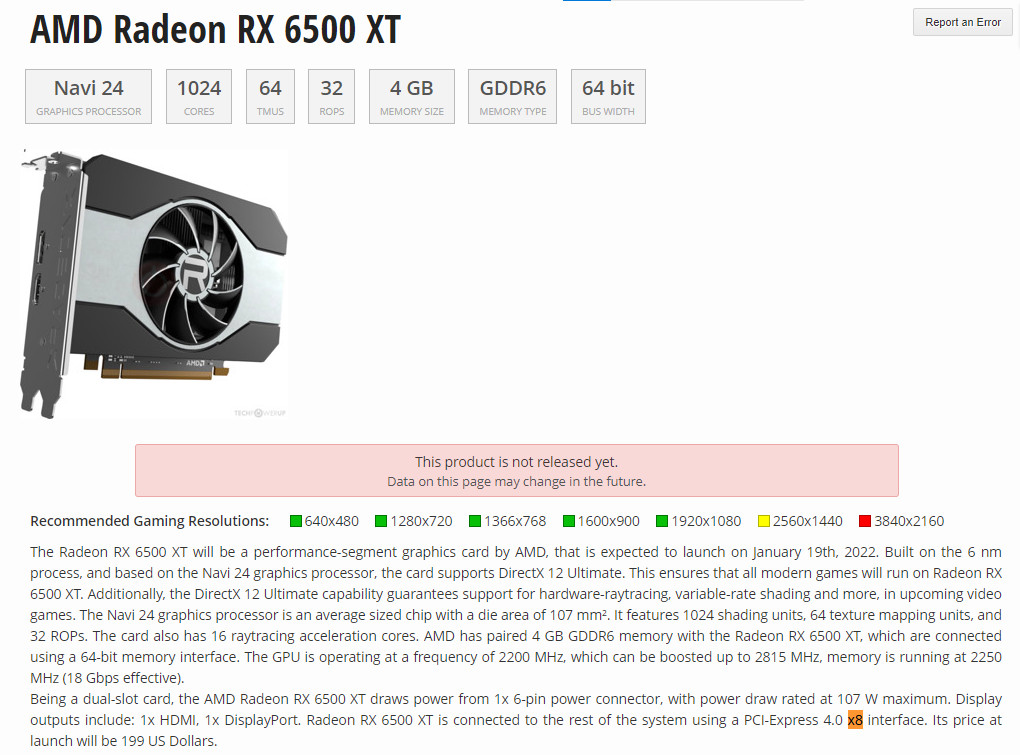 In terms of the consequences of such a narrow PCIe width, TechSpot data using a similarly performing 5500 XT suggests that the new RX 6500 XT could suffer heavily in games that are VRAM-heavy, both in terms of averages as well as minimum fps, on PCIe 3.0 and older boards.