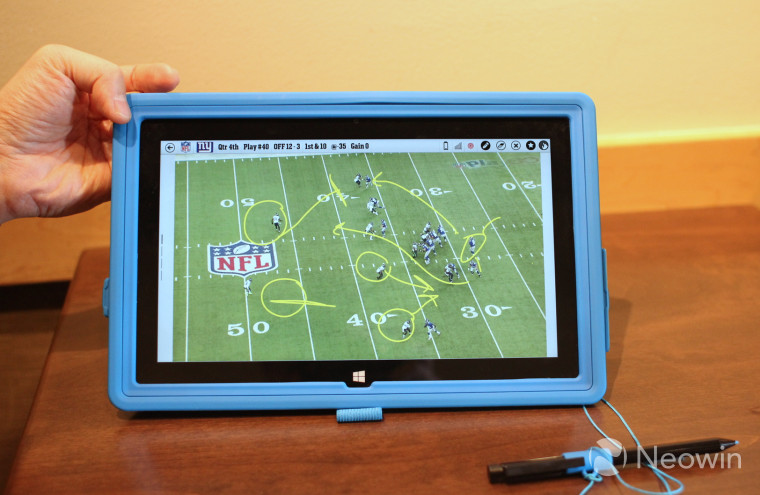 It's no secret that Microsoft inked a large deal with the NFL to make sure its Surface tablets are now part of every game. From on-air personalities sitting behind the devices during pre-game, to players using them on the sidelines, the tablets are everywhere.

But the relationship between Microsoft and the NFL goes further than simply putting the devices into players' hands - make no mistake, this is an enterprise-class deployment of the Surface.

For starters, Microsoft had to design a custom shell for the tablet that is not only waterproof but can also handle the stress of an angry 300lb, 6ft+ linebacker tossing the tablet after getting flagged for a personal foul.

And the OS has to be locked down as well. The NFL takes very seriously the fact that these tablets cannot be modified to give any team an advantage others may not have through the use of technology. Microsoft told me that the tablet uses the assigned access mode that allows the Surface to run only one application, which in this case is the sideline viewing system. Access to any of the additional Windows features or settings is blocked.

Many people won't think of the NFL deal as an enterprise rollout, but it meets all the criteria for a custom deployment of devices, custom software, and there is also scale as well. So for Microsoft, even though this is a new environment for the Surface, everything else is par for the course when it comes to working with the sports league.

After seeing what the new devices can do, it's surprising it took the NFL this long to go from paper to digital content. The old way to view plays was to print out black and white images and place them in a binder but with the Surface deployments, everything is digital. And because there are no physical print-outs, getting the images to the Surfaces is faster than the old method. More so, you can draw on the Surfaces and interact with the images which was not possible without ruining them using the old methods. 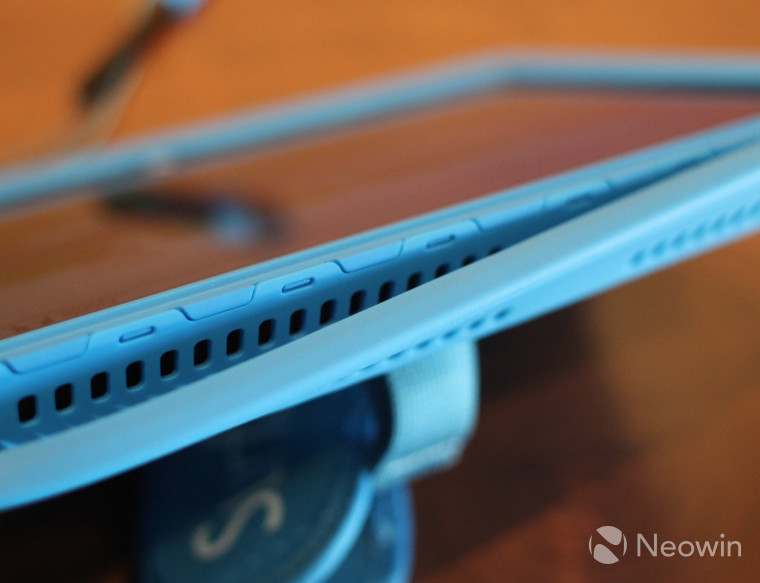 Microsoft said that they are getting a lot of positive feedback about the devices and if you watch any football on Sunday, you will see players using the devices instead of the paper printouts. Even from these casual observations, you can tell that players prefer the Surfaces over the binders.

The device is actually a Surface Pro 2, not the newer Pro 3. When we asked Microsoft why not go with the newer device, they said that the partnership and product development was being worked-on before the Pro 3 deployed and the Pro 2 was available at that time. Also, the smaller size of the Pro 2 works better in this case and since the uses are limited to viewing images of previous plays, the Pro 2 works well for the NFL's needs.

As for the device addons, there's a custom case that has a plastic shell to make it rugged enough to withstand drops (and being thrown) and has a soft-ish rubbery exterior too. On the back of the device is a strap that makes it easy to hold and the pen is attached with a nylon cord.

While this is clearly a marketing move for Microsoft, it does seem like the NFL, or at least the players, are getting some genuine value out of the devices.

If you want to get a closer look at the device, check out our gallery below.