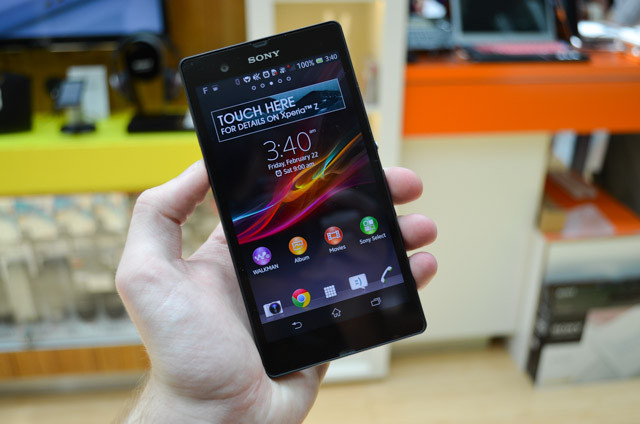 Apart from getting a decent amount of hands-on time with the new HTC One while I was in Sydney, I also took the time to get a quick look at Sony's new Android flagship, the Xperia Z. Like the HTC One, this device is set to launch very shortly across a range of carriers; we first heard of the device way back at CES 2013, however, so the information has had a little bit of time to settle.

The last Sony device I had any decent time with was the Xperia S, their previous major phone that was launched early last year. It had some very decent features, including a beautiful Exmor R camera and solid media software, however the design left a lot to be desired and the phone's Snapdragon S3 processor was quickly surpassed by devices launched a few months later. 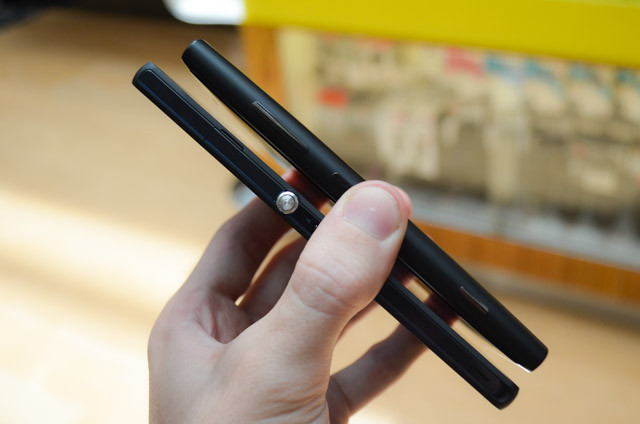 The Xperia Z is quite a different device, because everything feels refined from what we've seen before. The solid camera makes a comeback, as does the media brilliance, but the specifications appear a lot more future proof (just look at the 5-inch, 1080p display) and the design is, simply put, the best smartphone hardware Sony has ever concocted.

Upon first handling the Xperia Z the size is noticeable, of course as it has to accommodate that 5-inch "Reality" display. Comparing it directly to the Lumia 920 (a large enough device as it is), it's roughly the same width but slightly taller, and a considerable amount thinner at just 7.9mm. While I wouldn't say the glass/plastic construction is as breathtaking as the HTC One, or as sturdy as the Lumia 920, it still feels fantastic in the hand because of its svelte, refined design. 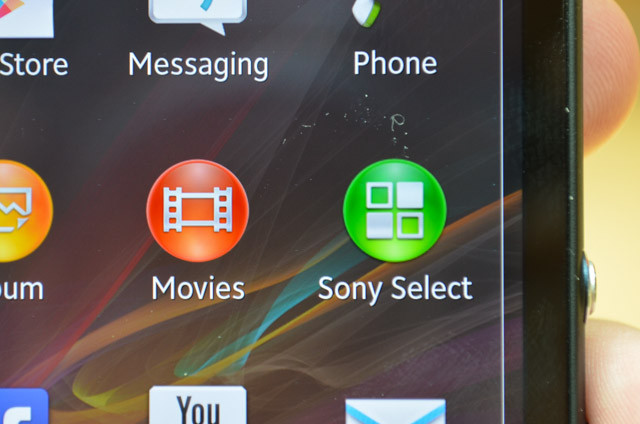 It also looks fantastic as far as modern smartphone designs go: the Xperia Z is basically a thin, minimalist slate with little curvature in the construction, which fits well with the design language of the latest version of Android. As Sony has managed to keep the thickness down to 7.9mm, it doesn't really need to utilize any tapering to hide a thick middle, and I appreciate the end result. 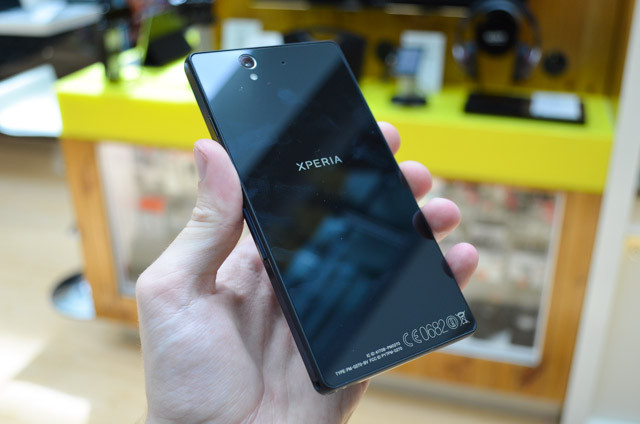 I especially like the way the phone looks from the rear, and although the reflective plastic will likely cause a great deal of fingerprints, keep it clean and the sleek black panel will draw your eyes to it every time. Ideally, the certification logos on the back should be removed to have the cleanest design, but it's not a huge deal. Perhaps a bigger complaint will be the positioning of the power button on the right-hand side, which could be too low, but I'll reserve judgement for when I get a review unit. 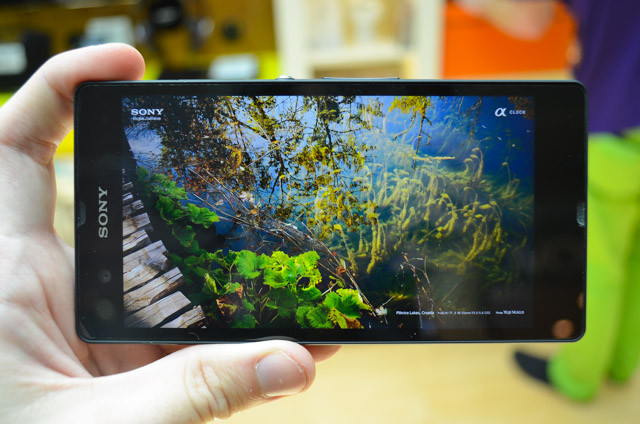 The 1080p display was also a real highlight of my hands-on time, as it simply looks beautiful, especially when looking at photos enhanced by the Mobile Bravia Engine. It's so incredibly crisp, breaking the 300 pixel-per-inch golden number by a huge amount, so even when you're looking at the display as close as your eyes will focus, pixels are still invisible. At five inches there's also a lot of real estate to work with, and it seemed to deal with artificial light reflections quite well.

Another aspect that impressed me in my brief time with the phone was the 13-megapixel camera packing an improved Exmor RS sensor behind fast f/2.2 glass. By default the phone shoots 16:9 images at 9 megapixels, which look great and pack a decent amount of detail, however what impressed me most was the 10fps burst mode at 9 MP, which is quick and consistent enough to shoot over 1,000 photos in under 2 minutes. A sample shot from the camera can be seen below. 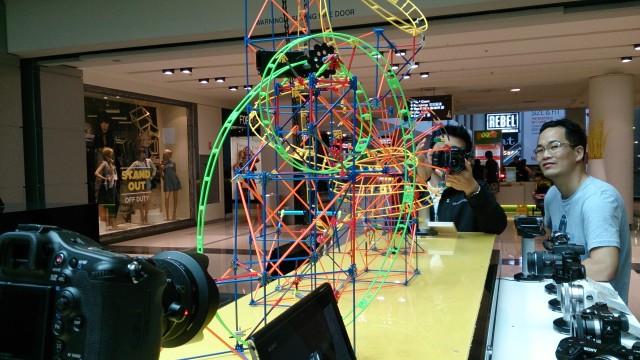 The Xperia Z packs a 1.5 GHz quad-core APQ8064 Snapdragon S4 Pro chipset, and while it isn't one of the latest Snapdragon 600s or 800s, in my time using the phone it felt super snappy and enough to satisfy. Browsing the web (checking out Neowin, of course) and flicking between apps was without any slowdown, but we'll have to wait just a little bit longer for gaming performance. The phone also packs a microSD card slot (yay!) and its waterproof – something I unfortunately couldn't test at the time. 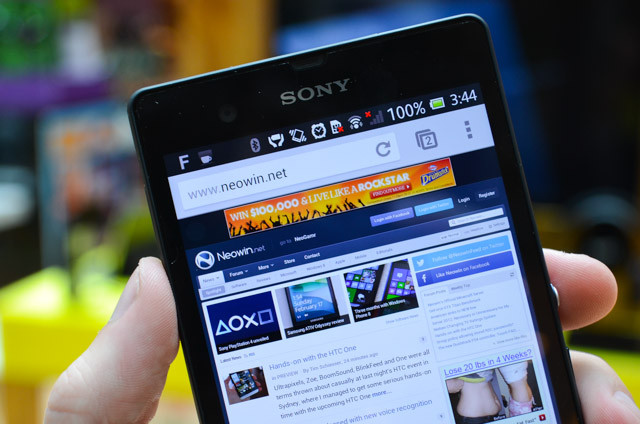 I wouldn't say I was as initially impressed by the Xperia Z as I was by the HTC One – Sony's new flagship was very much as I was expecting after seeing it first at CES – but that doesn't mean it'll be a bad device. I eagerly await some proper time with the phone for a review, which if everything goes to plan will be up sometime in March.