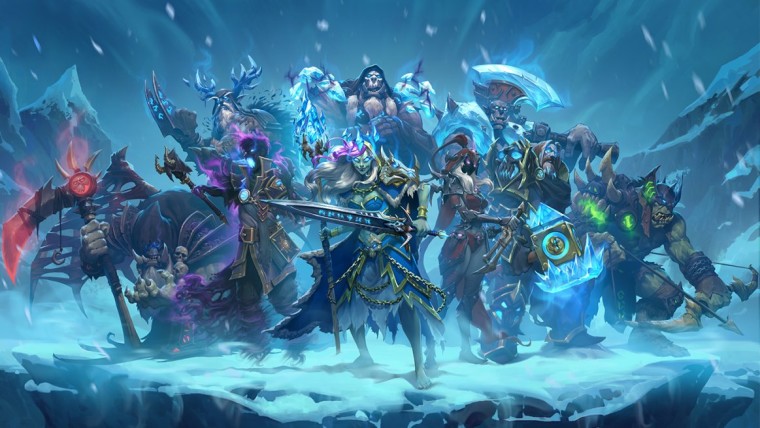 When Hearthstone’s previous expansion, Journey to Un'goro, was released, Blizzard promised to change the way new content finds its way to the game. Instead of smaller 45-card content packs, the studio would switch to three 135-card expansions per year. Although this move will mean players will have to pay more to get all of the game’s cards, Blizzard will compensate for it by adding some free solo content in its upcoming expansion Knights of the Frozen Throne, which is set to launch in August.

Like every expansion before it, Knights introduces a few new gameplay elements, the first of which is Lifesteal. When a card with Lifesteal deals damage, the player’s hero is healed for the same amount. The other change is the introduction of Hero cards, an entirely new card type that is neither spell, minion, nor weapon, and transforms your hero mid-game into a Death Knight with a new power. With each Death Knight hero being different, they all offer possibilities that can transform the way you play the game.

The Death Knight Hero cards will be of Legendary rarity, meaning they will be the most expensive to craft and the hardest to find. However, after completing all eight missions of the solo adventure’s prologue, players will be rewarded with a randomly-selected Hero card for their effort.