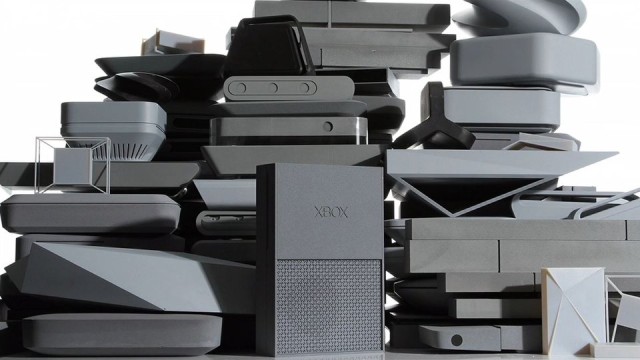 At Microsoft's Worldwide Partner Conference 2013, the company showed off some of the early prototype designs for the Xbox One, showing what the console could have looked like before the current design was selected. Xbox creative director Carl Ledbetter showed some of the creations, as seen above, which range from the extremely angular, to the curved and even just plain weird.

According to Ledbetter, the design of the Xbox One was all about quality, stating that "we wanted to make it simple and elegant, and we wanted it to be crafted and tailored". So a team of around 30 people began designing the next-generation console on paper, which were then sent to be fabricated into prototype models to be demonstrated in real-world locations such as a living room.

After a design was shortlisted, the designer would have to work with the engineering team to figure out how the all-important components of the Xbox One would fit into the shell. Eventually the final design was settled on, and then work began on the finer details such as the finish, the vent design and the branding.

Ledbetter also said that over 200 designs were produced for the Xbox One's controller, prototypes of which, like the console itself, were printed in-house. "We found that, when people put these in their hands, could tell the difference between a 10th of a millimeter in size", Ledbetter stated, which no doubt affected the final design and its similarity to the old Xbox 360 controller.